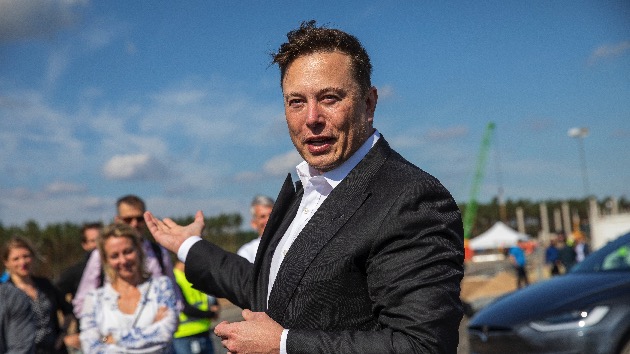 (FORT LAUDERDALE, Fla.) — Fort Lauderdale said it has accepted a proposal from Elon Musk’s The Boring Company to build an underground transit loop as part of an effort to alleviate street-level traffic.

Mayor Dean Trantalis announced late Tuesday that the city commission formally voted to accept the proposal to build an underground transit system connecting downtown Fort Lauderdale and the beach, though other firms have 45 days to submit competing proposals.

“This represents an innovative approach to addressing traffic congestion and transit needs in 21st century America,” the mayor tweeted. “Boring Co. is off to a successful start in Vegas with its system there and could help us overcome the frequent traffic on the main routes to the beach.”

The city announced in a separate statement last week that talks first began with The Boring Company as city officials searched for underground alternatives to the construction of a high-rise commuter rail bridge over the New River. The city’s statement says that the underground transit loop, dubbed “The Las Olas Loop,” will provide “quicker and more efficient access between downtown and the beach” as well as alleviate street-level traffic.

Elon Musk, the billionaire chief executive of Tesla and SpaceX, launched The Boring Company in 2016 after complaining about traffic driving him “nuts” on Twitter.

The Las Vegas Convention Center Loop consists of nearly 1.7 miles of tunnel and three stations, connecting the newest exhibit hall of the convention center with the existing campus, according to The Boring Company’s website. It cost approximately $47 million to build and was constructed over the course of approximately one year.

The company says it reduces a 45-minute cross campus walk time to an approximately two-minute ride.

It was unveiled in Vegas last month to mixed reviews, with some excited about the new transit option and others skeptical over how it will hold up when crowds return to the city and lamenting how many initial promises — such as autonomous cars and high speeds — did not come into fruition.

“Boring needs to deliver on the promises it made when it designed the system; otherwise there’s a good chance that the colorful tunnels and its Teslas will seem more like a theme park ride than a legitimate transit system for conventioneers,” a local columnist wrote in the Las Vegas Review Journal.