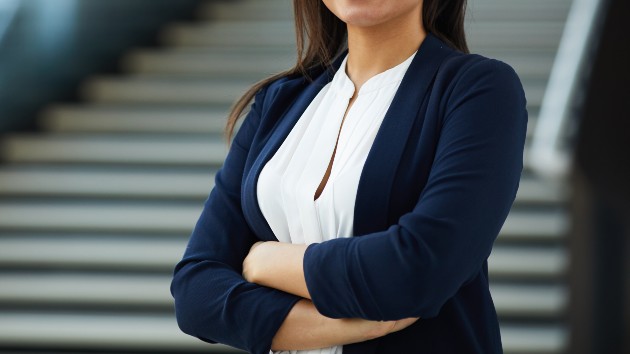 (NEW YORK) — Women’s History Month focuses on lifting up the voices and experiences of women every March, but some organizations are putting in the work all year long.

These are five women-created media companies changing the game in their respective fields — be it journalism, tech, video games, Hollywood or sports. Get inspired by the work they’re doing during Women’s History Month and beyond:

Looking to shake up the journalism industry, The 19th* — founded in early 2020 — is an independent, nonprofit newsroom reporting on gender, politics and policy.

“Too many people in this country don’t see themselves reflected in the media they consume,” Emily Ramshaw, a co-founder and the organization’s chief executive officer, told ABC News’ Good Morning America.

Amanda Zamora, the other co-founder and its publisher, said a reason why women, women of color and members of the LGBTQ+ community aren’t best served by the status quo is that 73% of editors at top U.S. newspapers are men and, among them, 90% are white.

Ramshaw pointed to covering the COVID-19 pandemic, involvement of trans kids in sports and the Capitol insurrection as some of work that stands out to her, while Zamora, as a proud Mexican American and Texan, lauded their coverage of the Latinx community in relation to the 2020 election because it balked at the “pretty one-dimensional” writing she usually sees.

The co-founders said they’re looking to build upon what The 19th* has already established with sustainability and diversity in mind, as well as by continuing to be a source its readers trust. Ramshaw said they want to create “the kind of model newsroom we want to see in the world.”

“I hope we can bring other newsrooms along with us in reexamining how they create and report news in a way that is more equitable and responsive to marginalized communities,” Zamora added.

Aside from their journalism, Ramshaw pointed to free events put on by The 19th News that “blend meaty policy conversations with interviews with top political newsmakers with performance art by extraordinary talents.” With these, Ramshaw said it gets their readers “up close and personal with the women and LGBTQ+ leaders driving the national conversation on everything from voting rights to climate change.”

Black Girls CODE founder Kimberly Bryant told GMA that creating an organization like hers became a goal when she was “struck by the scarcity of Black women in the field of computer science.”

When she was completing her bachelor’s degree in the late ’80s, Bryant said about 34% of computer science graduates were women. At the time Black Girls CODE was created in 2011, Bryant said that number was only one-third of what it was and, even worse, it was in the single digits for Black women.

“This unfortunate downturn was a motivation for me and an area I wanted to address for young Black girls of this generation, such as my daughter,” Bryant said, noting that the need for diversity, equity and inclusion in the industry became her driving force.

Bryant said the organization — which targets Black girls ages 7 to 17 — is reaching a major milestone this year: having taught coding to over 30,000 students in the U.S. and abroad with Black Girls CODE’s chapter in South Africa. Their even larger goal? Teaching one million girls to code by 2040.

“I believe our work to develop the tech talent pipeline with a steadfast focus on Black girls will have a generational ripple effect on technology spaces and drive significant future innovation in the field,” Bryant said.

Some of the organization’s long-term goals include continuing to scale up by opening more chapters in additional cities — both in the U.S. and abroad — as well as bringing their program into college chapters sometime in 2022 or 2023.

“At Black Girls CODE we believe that Black girls have the answers that will shape the future of the technology industry,” Bryant said. “When we focus on these girls we create not only opportunities for the girls, their families and their communities, but we also open pathways for systemic growth and innovation within the technology industry and beyond.”

Girls Make Games, founded in 2014 by Laila Shabir, is an organization that aims to support and encourage girls between the ages of 8 and 18 to pursue careers in the video game industry.

Shabir told GMA she started Girls Make Games when she noticed the hiring pool in the industry was overwhelmingly men in their 20s. The gap in the industry became apparent to her as she realized recruitment was “unfolding alongside the stereotype that games are a ‘boy thing."”

“Girls make up nearly half of the population playing games, but only 22% are in the games industry,” Shabir said. “We need more women making games.”

On top of that, Shabir continued, “Seventy percent of kids — boys and girls — under 18 in the U.S. play video games. That’s an entire generation consuming and being influenced by media created by a population that does not reflect the diversity of its player base.”

While Shabir is proud of the industry — notably PlayStation, Nintendo of America, Microsoft and more — for rallying behind her vision and supporting Girls Make Games over the years, she is proud to see girls who took part in their summer camps age out of the program and return as professionals in the industry to “pass the torch” to young campers.

“GMG began with a simple goal: empower the next generation by making game development accessible to kids,” Shabir said. “Seven years out, we’re seeing our efforts come full circle in the most fruitful way possible.”

Girls Make Games had to adapt their operations in 2020 due to the worldwide COVID-19 pandemic, but Shabir said she hopes they’re able to return to in-person events. One thing that surprised Shabir when they went virtual, though, is how it helped them scale their operations globally, helping her get closer to the goal of reaching one million girls.

“We are witnessing a period of incredible growth in the video games industry,” Shabir said, “and there’s no end in sight.”

What began years ago as a gathering for women of color to network and discuss their experiences working in Hollywood has evolved into a podcast, titled “Sista Brunch,” which is aimed at helping Black women — cisgender, transgender and nonbinary alike — get hired.

The first episode of “Sista Brunch” dropped in April 2020. The show is co-hosted by Fanshen Cox, the co-author of the inclusion rider that first made waves when Frances McDormand mentioned it at the 2018 Oscars, and Anya Adams, who has won two NAACP Image Awards for her work directing on TV shows GLOW and Black-ish.

Cox told GMA the industry responded to the inclusion riders, a provision actors or filmmakers can choose to put into their contract to require a certain level of diversity on a project, by claiming “there aren’t enough people from underrepresented groups to hire.” This didn’t match up with what she was seeing in her work fostering underrepresented stories and “constantly meeting well-qualified people who needed work.”

This reality became even clearer for Cox when Adams invited her to one of the “Sista Brunch” gatherings where she was “surrounded by these incredible women with experience and talent.”

“I wanted others to know these women — and not just their names, but their stories too,” Cox said.

Cox said the “Sista Brunch” podcast has been a catalyst for “younger women and girls who want to know more about the industry but may have felt intimidated by it” and “getting women hired,” as some of their guests have gotten interviews based on their appearance in an episode.

For now, Cox said the goal is to keep getting these Black women hired so they can hire other women of color and they would love to do a talk show version of the podcast one day.

While Cox said “we are finally seeing active movement toward real, sustainable change in Hollywood,” the harsh reality is “Black women and other women of color are still deeply undervalued in Hollywood.”

On their website, TOGETHXR — which launched this March — states that it focuses “on rich storytelling rooted in lifestyle and youth culture” and is “an unapologetic platform where representation and equality is the norm.”

“TOGETHXR is where culture, activism, lifestyle and sports converge,” the description continues. “We shatter the often narrow depictions of women in the media with content featuring a diverse and inclusive community of game changers, culture shapers, thought leaders and barrier breakers.”

Jessica Robertson, the organization’s chief content officer, told GMA that TOGETHXR “in and of itself is an important ‘see it be it’ moment” for young girls and spoke of the need for a company like this.

“The gap in the industry is a pretty stark one,” Robertson said. “Women athletes make up 44% of participation in sports, but receive only 4% of the coverage.”

“It’s not just the amount of coverage either; it’s the quality, it’s the breadth, it’s the kind of coverage,” Robertson continued. “There’s also no one brand that brings together sport and culture for women, that recognizes sports is just a prism for culture. But because of this gap, that means that there are so many rich stories that haven’t been told. So we’re going to tell them.”

Robertson said it’s her hope for TOGETHXR to “create sustained investment in the women’s sports landscape,” and for it to do so “not just when there’s a World Cup or Olympics, but every single day, because it matters.”

“I also want TOGETHXR to change the perception of women athletes,” Robertson said. “Women’s sports is not a cause. These women shape culture.”

Robertson also said she hopes TOGETHXR “doesn’t remain a first,” adding that “it’s been time” for an organization like it to come along.

“There’s an incredible swell of investment and growth in women’s sports, in addition to a larger cultural swell of elevating, listening to and centering women,” Robertson continued. “Both of those things were long overdue. And this brand sits right at the tip of that spear, if not alongside it.”

Inflation has helped decide elections worldwide. Here’s what that means for the midterms.