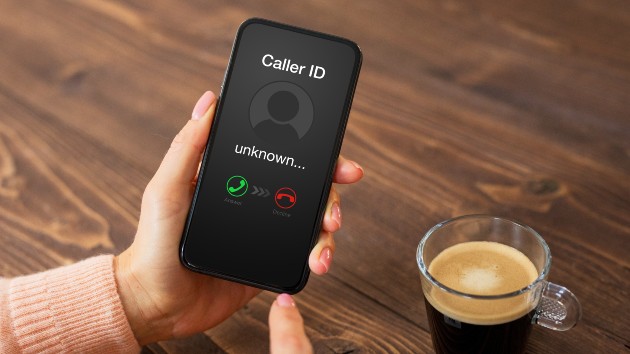 In March alone, an estimated 4.9 billion calls were reportedly made, according to YouMail — which is equivalent to 15 calls for each person each month in the U.S. Currently, the most popular category of robocalls are auto warranties.

“There is public information out there about your cars that you own and people are driving more than ever as we come out of this pandemic,” said Jessica Rosenworcel, acting chairwoman of the Federal Communications Commission. “So the time is ripe for fraud associated with these kind of things.”

Unwanted calls are the number one complaint to the Federal Communications Commission, with an average of 200,000 complaints annually made to the agency.

Due to the large volume of robocalls, the FCC is now taking action, making sure people can block robocalls on their phones.

With many robocalls being generated overseas, making fighting them more challenging, the FCC says it’s working with partner agencies at home and abroad to increase their ability to go after the perpetrators and make the calls stop.

While there isn’t a way to stop robocalls completely, the FCC said there are some things you can do now to stop most of them.

One call blocker that the FCC says works is YouMail, a free, third-party app that helps prevent spam calls.

“The pandemic actually reduced the number of robocalls dramatically,” said YouMail CEO Alex Quilici. “That’s because the call centers had to close or operate at a reduced capacity. Now they’ve sprung right back to where they were before the pandemic. And the whole point of a robocall is to get you to press one or call someone back so they can get you on whatever it is they’re trying to sell.”

In addition to YouMail, for iPhone users, operating systems 13 and later have a feature that allows you to silence unknown callers, which you can activate in your phone’s settings.

The FCC said if you unknowingly find yourself in a situation where you believe you’re being scammed, one obvious sign is being asked to provide personal information, such as a social security number, credit card information or bank account information.

“Telephone scammers are good at what they do and may imply that they work for a company you trust,” the FCC said on its website. “Don’t fall for it. Be extremely cautious.”

The FCC said you can file a complaint with its agency about suspected scam calls, which will help it identify scammers and take action.