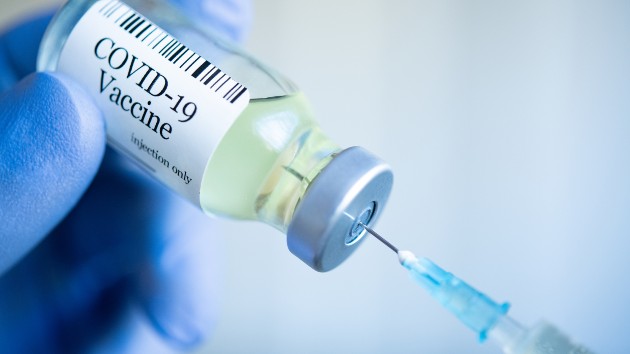 (NEW YORK) — As the rollout of the COVID-19 vaccine expands across the country, experts tell ABC News that employers in high-risk industries have begun to wrestle with a new and vexing question: Can a company require its employees to be vaccinated?

Some employees have already begun to push back on the idea. First responders in New Mexico have sued after a county official ordered firefighters, corrections officers and other first responders to receive injections. And at the 120-bed Rock Haven Nursing Home in Wisconsin, 21 employees quit after nursing home administrators and county officials issued a vaccine mandate for the staff.

Michael Anderson, an attorney who is representing 15 Rock Haven staff members who are threatening legal action, said his clients objected to being forced into “a cold mental calculation.” He said the choice they faced was, “Do I quit or do I do something I really don’t want?”

“They have risked their lives for more than a year,” Anderson said. “A few of my clients took the vaccine, but they felt coerced to do that.”

Anderson said he has filed notice of his clients’ intent to sue, but a suit has not yet been filed.

Rock Haven County Administrator Josh Smith said that the decision to require mandatory shots was done to boost the safety of the facility’s vulnerable residents.

In an examination of long-term care facilities across the country, a Centers for Disease Control and Prevention report found that 62% of nursing home workers are refusing the vaccine. At the same time, medical experts say the vaccines are extremely effective and overwhelmingly safe, with a recent CDC report showing an extremely low rate of serious adverse reactions.

The distribution of the COVID-19 vaccine in nursing homes is believed to be behind a significant decline in deaths and hospitalizations, after state and federal health officials made vaccinating nursing homes one of their top priorities. Each of the three currently available vaccines — made by Pfizer-BioNTech, Moderna and Johnson & Johnson — has been granted emergency use authorization by the Food and Drug Administration in response to the pandemic.

But none of the vaccines has been formally approved yet — and many experts say that, while mandatory vaccinations in the workplace are not new, it’s unusual for employers to mandate a vaccine that hasn’t been granted full FDA approval.

“I believe at the present time that it is unethical to require a treatment that was approved under an emergency authorization,” Mike Wasserman, a member of the California’s Vaccine Advisory Committee, told ABC News.

However, said Wasserman, there’s nothing wrong with laying out the benefits and risks of getting vaccinated.

“It behooves us to take the time and energy to respect, honor and value those who have put their lives on the line for the past year, and do everything in our power to help them make the best decision for them as individuals,” he said.

Nelson Goodin, who represents the local New Mexico official who was sued for issuing a vaccine mandate for first responders, said there are legitimate reasons to require vaccinations.

“When you have a detention center, particularly where there’s potential for severe spread of COVID-19, we have to keep our firefighters who are emergency medical responders and our correctional officers safe,” said Goodin, whose client directed all detention center officers, firefighters and first responders in Doña Ana County to be vaccinated.

Under the directive, employees faced termination if they did not show proof that they had either received a shot or had registered with the state’s COVID-19 vaccine registry.

The detention officer who filed the suit against the official did not respond to ABC News’ request for comment.

Jennifer Miller, a bioethicist and assistant professor at Yale University School of Medicine, told ABC News that because COVID-19 is a critical and pressing health issue, the emergency use authorization would justify mandating a vaccine.

“We all have an ethical obligation to try and pursue behaviors that will not expose others to COVID risks,” Miller said. “So that means we have responsibilities as individuals to wear masks, to isolate if we are infected, and, arguably, to get vaccinated.”

Officials at DaySpring Senior Living, a nursing home in Florida, decided to require that staff members be vaccinated because they considered it the fastest way to get life at the facility back to normal, said administrator Douglas Adkins. For now, he said, the staff has responded favorably; only one employee resigned after the mandate was issued.

“Making the vaccine mandatory was absolutely without question the right decision,” Adkins said, calling it a “clear solution” to the challenges of a long and exhausting year.

Dorit Reiss, a professor at the University of California Hastings College of the Law in San Francisco, is researching legal and policy issues related to vaccines. She told ABC News that given the risks of the virus spreading in congregate settings like nursing homes and correctional facilities, it’s reasonable for employers to require employees to get a coronavirus vaccination.

“The staff have a duty to do everything they can to avoid bringing COVID into the workplace,” Reiss said.

At the same time, said Reiss, “we also have to remember that those who are refusing the vaccine are not anti-vaccine activists; they are people who have been under enormous pressure for over a year, and they are just scared.”

That was the situation with 34-year-old Bonnie Jacobson, who was fired last month from her New York waitressing job after expressing concerns about getting the vaccine before research on its effects on fertility has been completed.

“I want to make it clear: I’m not an anti-vaxxer,” Jacobson, who is considering starting a family, told ABC News’ Good Morning America. “I just need more research to come out.”

But attorney Matt Murphy, an ABC News contributor, said employers are within their right to mandate the vaccine for employees.

“Under the Americans with Disabilities Act, as long as they’re not requesting information from an employee, it’s legal to require the vaccine,” he said.

“Everything COVID-related is messy,” he said. “I think this is going to go on for years.”