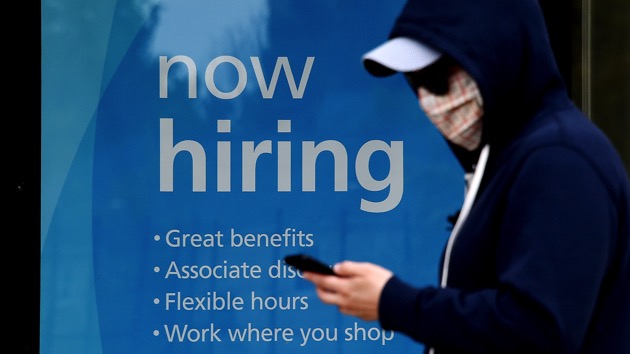 Hiring in December was even less than the revised figure for the previous month, when 249,000 jobs were added to the economy in November. The stalled job growth comes as new coronavirus variants continue to sow uncertainty and threaten the post-pandemic economic recovery — though the data for December was collected in the earlier half of the month, before the full extent of omicron’s severity unfolded.

The unemployment rate remains heightened compared to the pre-pandemic 3.5% seen in February 2020, indicating the labor market recovery still lags nearly two years into the health crisis. As of last month, employment is up by 18.8 million jobs since the April 2020 low but still down by 3.6 million compared to February 2020.

December’s hiring data is also significantly less than 2021’s average job growth of 573,000 jobs per month seen during the past year.

The DOL said employment continued to trend upwards in the pandemic-clobbered leisure and hospitality sector (which gained 53,000 jobs last month), but employment in the industry is still down by 1.2 million jobs (or 7.2%) compared to February 2020.

Employment in professional and business services gained 43,000 jobs last month and notable job gains were also seen in manufacturing (where hiring rose by 26,000 in December).

Average hourly earnings, meanwhile, rose by 19 cents last month to $31.31 an hour. Economists have linked the rising wages to struggles major firms have reported in hiring in recent months and the new wave of workplace activism brought on by that trend. Just this week, the Labor Department separately reported that a record 4.5 million workers quit their jobs in November.