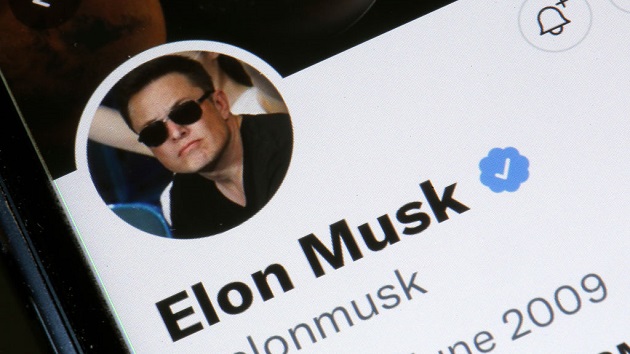 (NEW YORK) — A federal judge in New York on Wednesday rejected Elon Musk’s request to terminate a settlement agreement with the Securities and Exchange Commission that he claimed was being abused to silence his speech.

The 2018 deal required Musk’s tweets to be pre-approved by Tesla’s board after Musk mused on Twitter about taking Tesla private. The SEC is investigating whether Musk violated that term in November 2021 when he asked his sizeable Twitter following if he should sell 10% of his Tesla stock.

Musk argued the SEC lacked the authority to continue its investigation and was only out to harass him.

In rejecting the motion, Judge Lewis Liman cited the SEC’s “broad power” to make sure securities laws are followed.

“The mere fact that SEC brought an action against Musk and a related action against Tesla for Musk’s tweets in August 2018 does not waive the SEC’s sovereign immunity with respect to an investigation the SEC launched in late 2021 regarding conduct that occurred in late 2021, after the 2018 case was settled,” the decision said.

“The judgment against Musk expressly stated that it was to settle ‘only the claims asserted against [Musk] in th[e] civil proceeding.’ It did not give Musk any broader immunity from other SEC investigations or proceedings—including related ones. It thus preserved the SEC’s authority to investigate Musk for additional securities violations or to ask for documents and records from him in connection with an investigation of others should the SEC receive information that suggested he or others violated the securities laws again.”

Musk’s attorney Alex Spiro argued the SEC had misused the settlement as a pretext to launch an “endless, boundless investigation” of Musk’s speech, but the judge also rejected that argument.

“Musk, by entering into the consent decree in 2018, agreed to the provision requiring the pre-approval of any such written communications that contain, or reasonably could contain, information material to Tesla or its shareholders. He cannot now complain that this provision violates his First Amendment rights. Musk’s argument that the SEC has used the consent decree to harass him and to launch investigations of his speech is likewise meritless,” Liman said.