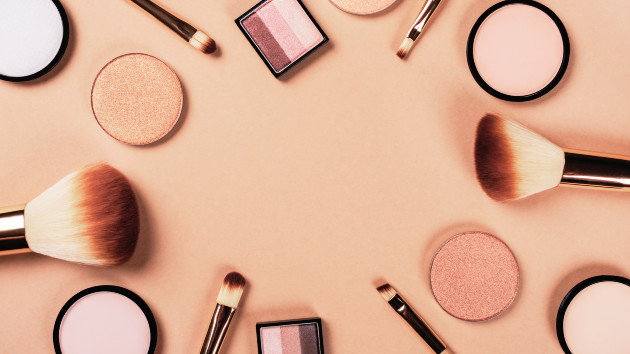 (LOS ANGELES) — Los Angeles-based twins and beauty entrepreneurs Feven and Helena Yohannes may look glamorous, but their beginnings were anything but.

Born in a hut at a refugee camp in East Africa during a civil war, the twins, their parents and their older brother made the dangerous journey from Eritrea to Sudan in the early 1980s, surviving landmine explosions and famine.

The family moved to the U.S. when the twins were 2 years old after being granted political asylum. They were sponsored by a U.S.-based church, the Third Presbyterian Church of Rochester in New York.

“I think resilience is in our bloodline,” Helena Yohannes told ABC News. “We really saw that you could be met with a lot of obstacles, but sometimes they could be an opportunity.”

The two developed a love for beauty and cosmetics early on. After spending their formative years in Rochester, the sisters eventually decided to relocate to Los Angeles, where they held a series of odd jobs, including as cashiers at a Wegman’s supermarket. Even then, beauty was on their mind.

“They would put us next to each other,” Feven Yohannes said, “like a show — a display. And we would be right across from the beauty aisle, and we would give women beauty tips at the cash register all the time like, ‘OK, you should try this."”

Eager to start their own venture, the sisters founded a fashion and lifestyle blog, and even a wedding app, but ran into issues.

They found that female entrepreneurs of color were often over-mentored but underfunded. According to Crunchbase data, global venture capital funding for female founders dropped from 2.9% to 2.3% in 2020. That reality is even worse for Black women, who received just 0.34% of all VC funding in 2021, according to Crunchbase.

The two women were forced to use their own money to launch their cruelty-free hypoallergenic makeup line, 2.4.1 Cosmetics, in 2019.

“We wanted to be the brand that we didn’t see,” Helena Yohannes said. “… The people who are making decisions didn’t look like us. They were really men who didn’t have our skin tone.”

Less than a year later, COVID hit. With much of the public masking up to avoid spreading the coronavirus, makeup was hardly at the front of people’s minds, and the twins found that their products were competing for consumers’ attention with “essentials of the moment” like toilet paper and hand sanitizer.

However, business soon began booming. As the George Floyd and Breonna Taylor protests were ramping up in the summer of 2020, and the public sought ways to better support the Black community, the sisters began seeing a spike in demand due to consumer interest in patronizing more Black-owned businesses. They used social media to engage and grow their new following, posting engaging videos and tutorials and sharing their life’s journey with consumers.

Within a year, 2.4.1 Cosmetics landed on Oprah’s “Favorite Things” list, and makeup guru Bobbi Brown offered to mentor them.

The cosmetics brand was a nod to the twins’ African roots. Their Asmara lipstick was named for their homeland’s capital, and their Red Sea lipstick was an ode to their mother.

“Our mother would work late nights and we would watch her, right before she would leave for her nurse shifts, wearing red lipstick,” said Helena Yohannes. “It gave her this armor of courage to face the world and feel really polished.”

Each 2.4.1 Cosmetics product comes with its own affirmation: “Dare to be classic,” and “You are the most influential person you will ever meet,” for example.

The sisters say they’re not just trying to sell confidence, they want to instill it as well.

“What better way to remind a woman of her value,” Helena Yohannes said.

The company’s name, meanwhile, was inspired by their father, Tesfamichael Yohannes.

“People would constantly ask, ‘Are you guys 2-for-1?’ And our father, who is incredible, would say, ‘You know, there’s no discount on your self-worth.’ So he really instilled that individuality within us,” Feven Yohannes explained.

Their father was also the one who encouraged them to work hard to achieve their goals.

“Life was not easy here for us, but we knew one thing, if we work as a team and told our kids where we came from, the value of education, the value of hard work, the value of self-respect, they would be a success,” Tesfamichael Yohannes told ABC News.

2.4.1 Cosmetics is already available at Bloomingdale’s, on QVC and online, but the sisters said their ultimate goal is to bring the brand to Africa.

“Eritrea has been our motivation,” said Helena Yohannes. “We eventually want to be in a position, when we’re stable enough, to build roads where our parents grew up — and just to give back to a country that’s often been overlooked.”

AI photography is taking over social media. Why are some concerned about privacy?