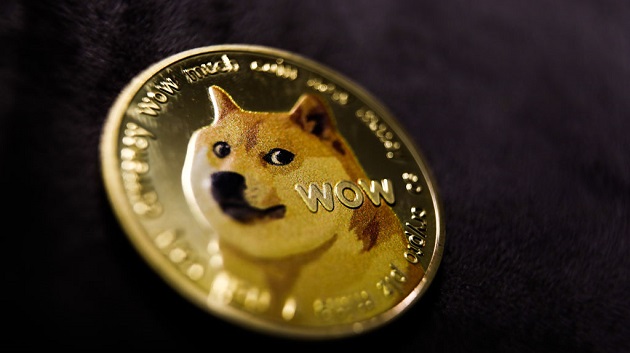 Originally started as joke poking fun at exuberance in the crypto market, Dogecoin surged some 10% by Friday afternoon in the wake of Musk’s early morning tweet.

Musk’s five-word message — “Tesla merch buyable with Dogecoin” — garnered more than 270,000 likes on the platform and sparked a spirited, meme-filled debate in the comments section.

Meanwhile, Tesla’s website for merchandise and accessories (which doesn’t sell its famous electric vehicles) on Friday showed updated checkout buttons next to some of its products for those wanting to pay with Dogecoin. Among products available for purchase with Dogecoin were Tesla’s “Giga Texas Belt Buckle” and its “S3XY Mug.”

For years, the so-called meme coin had been worth less than a penny. After the Musk’s tweet on Friday, it was trading at around 19 cents — a big leap compared with historical lows but still roughly one-third of its record value last May of over 60 cents.

It’s not the first time a Musk tweet has been linked to swings in the crypto market. The price of Bitcoin nosedived last May in the wake of Musk’s Twitter announcement that his company would no longer be accepting Bitcoin as payment due to its ties to fossil fuels — a steep fall that dragged down other popular cryptos at the time as well. This saga came just months after a separate announcement that Tesla would accept Bitcoin as payment was linked to a sharp rally.

He has also long embraced Dogecoin both on Twitter and beyond, appearing as the character of the “Dogefather” during his “Saturday Night Live” appearance last May. In the comedy skit, Musk’s character is repeatedly pressed with the question “What is Dogecoin?” before ultimately admitting it’s “a hustle.”

The billionaire has more than 70 million followers on Twitter and has been known to openly share his opinions in unfiltered ways that have sometimes landed him in court or in hot water with the Securities and Exchange Commission.

Tesla stock has plummeted since Elon Musk took over Twitter. Here’s why.