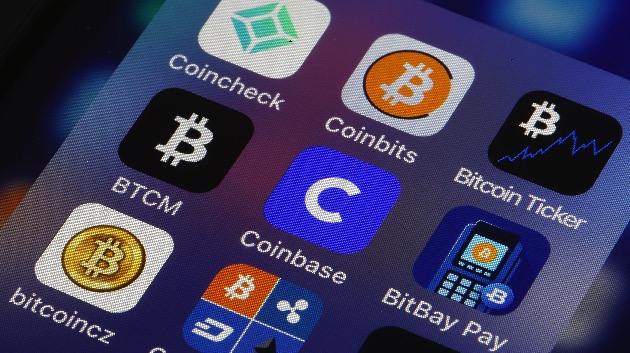 (NEW YORK) — Caroline Altagracia, a college student at the University of Albany, said she became interested in cryptocurrency while still in high school.

“It’s definitely been an empowering journey,” Altagracia. “I feel like when I initially was intimidated, I had to kind of get past that and really understand that, you know, I can invest in this, I can learn about it throughout the entire process.”

Cryptocurrency and NFTs (non-fungible tokens) may be attracting more minority investors who have historically had barriers to traditional financial investment options like the stock market and real estate, according to some in the space.

“Our communities have been locked out of the financial system, we have not been able to participate, when you look at what’s happened in the banking sector, and even Wall Street. So … decentralization is an opportunity for us to not have any barriers to entry and also participate and be producers as well,” said Cleve Mesidor, who leads the advocacy group, National Policy Network of Women of Color in Blockchain, told ABC News.

Decentralization means that cryptocurrency — which is digital money — is not under the control and regulation of standard financial institutions.

Through crypto boot camps, Altagracia, who is Latina, said she learned most of the ins and outs of digital currency from Carlos Acevedo, her former high school teacher who held cryptocurrency boot camps through his organization, the Crypto Community Project.

Originally from the Bronx, New York, Acevedo, a Latino man and former English teacher, said he entered the crypto world after investing in dogecoin — another digital currency — in 2014 to help raise money for Jamaica’s Olympic bobsledding team.

Two years later, Acevedo said he began investing in Bitcoin and Ethereum (two other crypto platforms) after learning the fundamentals of cryptocurrency through podcasts and YouTube.

As his confidence built, he said he decided to take another challenge — pass on his crypto knowledge to his students.

“During my lunch break, [students] saw me watching YouTube videos, they saw me listening to podcasts, reading and they wanted to make money on Bitcoin,” Acevedo told ABC News.

“And so my lunch club kind of organically became a way for students to learn about it because I began teaching it. It really solidified my own understanding,” he said.

Acevedo said minority groups are drawn to the crypto world due to opportunities to build wealth and gain financial independence from other financial institutions.

“Younger people, minorities, people who may have not been quote-unquote, educated, on the traditional finance system,” Acevedo said. “They might see this, especially the anti-establishment in the crypto sphere as more attractive to become engaged with,” he said.

“Not only are people looking at this as a way to become financial literate, but really to take advantage and build wealth that they feel like that they have missed out on.”

Sheika Reid, is an African American woman who works in human resources for a tech software company, and also mints NFTs (non-fungible tokens) for Black artists.

NFTs are a form of currency with an intrinsic value which run on the Ethereum blockchain. Reid told ABC News that NFT pieces can be purchased and sold using different forms of crypto.

Reid said NFTs give Black artists a platform for their work to be recognized.

“Specifically for Black artists … there’s this opportunity where people who’ve never made money from their art before are making, you know, six, seven figures,” she said. “I knew that this was a unique opportunity to get people who are being excluded from the conversation involved but who bring a lot of value to the crypto space,” she added.

Digital platforms like Open Sea — considered the largest NFT marketplace, allow a diverse range of artists to profit off their work.

“Creatives can now first protect their intellectual property, monetize their work, and also create a marketplace. Creatives across the nation have made more money in the last two years than they have in the last decade. And that’s a boom to local cities and their economies,” Mesidor said.

The accessibility to all users is the appeal of crypto, according to Mesidor.

With no need of a bank account or a college degree, Reid said cryptocurrencies give marginalized groups autonomy over their investments and peer-to-peer transactions.

“It’s up to us to figure out what are some ways for us to build wealth intergenerationally so that we can, you know, have the opportunity to prosper economically,” Reid said.

As the government starts looking at the regulatory framework for cryptocurrencies, Mesidor said Black and Latino innovators, entrepreneurs and small businesses need to have a seat at the table and participate in those conversations.

“Too often we are not just left out of the traditional financial system, we are left out of the policymaking, so, therefore, we end up with the same laws perpetuating the same inequities,” Mesidor said.

The financial empowerment of Latinos, according to Acevedo, is one of the main reasons he continues to teach cryptocurrencies and shape the young generation of investors.

He said what students learn in the classroom can potentially leave impact beyond borders.

“What you have here is the ability for Latinos in the U.S. to create crypto enclaves and knowledge that will then, I hope, transfer back to their home countries,” he said.

“I’m of the firm belief that if to give prosperity to people and their families, you know, I trust them more to do so than what the institutions have demonstrated in the last 10 years.”

The ability to create generational wealth with cryptocurrencies is a long-term goal for many Black and Latino investors, according to Mesidor.

The road to achieving the goal, however, it’s not easy.

“Generational wealth is something that takes a long time to build, especially for communities that have been historically disadvantaged, and historically excluded,” she said. “What we can do is move towards financial inclusion [and] focus on economic empowerment, which is anchored in financial literacy.”

And the road to financial empowerment still has its downsides. The crypto market collapsed at the end of January, wiping out more than $1 trillion.

“Never risk money that you are not willing to lose,” Acevedo said.

Yet, as her college graduation approaches, Altagracia said investing in cryptocurrencies is a stepping stone to building wealth for years to come.

“Crypto has been the opportunity for us to finally take control of our financial lives, for us to apply the knowledge that we have and find ways where it’s a benefit, not just us in our future, but our families as well,” Altagracia said.

“When it comes to minorities investing in crypto, there has been a lack of trust in the systems, but I do feel like crypto has provided a new opportunity for us to be involved.”