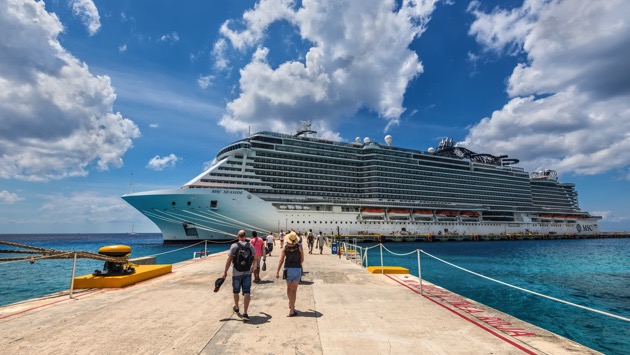 (ATLANTA) — U.S. cruises could resume as early as mid-July, the Centers for Disease Control and Prevention is now telling the cruise industry.

Since March 2020, the CDC has blocked cruise ships that carry more than 250 people from sailing in U.S. waters.

The CDC clarified its existing return-to-sailing framework on Wednesday, allowing cruise companies to bypass previously required simulated voyages if a ship attests that 98% of its crew and 95% of its passengers are fully vaccinated.

The “CDC remains committed to the resumption of passenger operations in the United States following the requirements in the Framework for Conditional Sailing Order by mid-summer,” a statement from the agency read.

If necessary, the CDC also said it will respond to applications for those “test cruises” within five days, down from the previously announced 60-day waiting period.

Royal Caribbean, Celebrity and Norwegian are resuming North American cruises this summer with ships sailing out of the Caribbean. Since their voyages won’t involve departures or stops at any U.S. ports, they didn’t need approval from the CDC. They only had to obtain officials’ approvals at their planned destinations.

The potential loss of money for port economies in the U.S. recently sparked lawsuits against the CDC.

Earlier this month, Florida Gov. Ron DeSantis announced the state was suing the U.S. government in an attempt to resume cruising in the U.S. after more than a year of the industry’s shuttering amid the COVID-19 pandemic.

“We have tens of thousands of Floridians — not just in this county alone but throughout the state — who depend on the viability of our cruise industry for their livelihoods, for their jobs, for their ability to feed their families,” the Republican governor said at a press conference in Miami-Dade County on April 8.

During the first six months of the pandemic the cruise industry hiatus cost Florida an estimated $3.2 billion in economic activity loss, including 49,500 jobs that paid $2.3 billion in wages, according to a report from the Federal Maritime Commission.

“Alaskan families and small businesses need fast action to protect their ability to work and provide for their families,” Republican Gov. Mike Dunleavey said in a press release. “We deserve the chance to have tourism and jobs.”