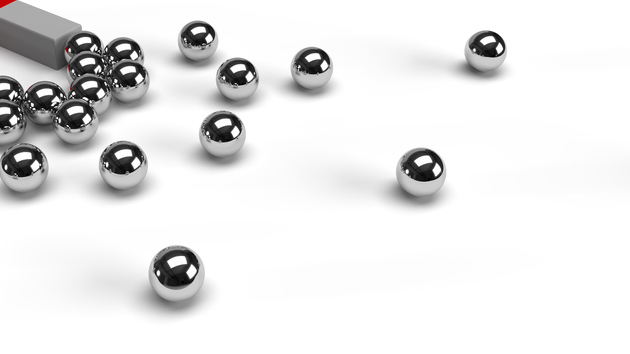 (NEW YORK) — The U.S. Consumer Product Safety Commission has issued a new warning about the dangers of high-powered magnetic balls and cubes.

The agency announced a mandatory recall on Tuesday of 10 million products from Zen Magnets LLC — Zen and Neoballs — due to an ingestion hazard and risk of death.

Most recalls are done voluntarily, with companies and the CPSC working together to get dangerous products out of consumers’ hands, but the agency said that since “Zen did not agree to a voluntary recall, CPSC sued the company to effect a mandatory recall.”

“When high-powered magnets are swallowed, they can interact with each other or other metallic objects (material attracted to magnets) and become lodged in the digestive systems. This can result in perforations, twisting and/or blockage of the intestines, infection, blood poisoning, and death,” the CPSC warned in a press release. “These injuries can occur when infants, toddlers, and teens access and ingest the magnets, including, for example, when teens use the magnets to mimic mouth piercings and swallow them inadvertently.”

Founder Shihan Qu shared a statement in response to the recall Tuesday on the company’s website.

“Zen Magnets is honored to have been the leading voice of the majority of consumers who believe that adults should be able purchase recreational high powered magnets, in the CPSC’s continual and uncompromising War on Magnets,” he wrote. “We’ve been offering a voluntary recall since 2016 allowing customers to return magnets for a refund for any reason, including if they didn’t feel safe with them, didn’t think they could keep them from being swallowed, or was unable to understand why they are dangerous, or didn’t like the name Zen Magnets.”

The founder added that his was “the first company to petition the CPSC for safer standards for recreational magnet sets after their 2016 ban was overturned by a Judge, for not having properly considered alternatives. After much work with other companies, doctors, and human factors experts, the spirit of our petition for safer magnet standards lives in a new standard ASTM F3458 — 21 which requires recreational magnets to have warnings stronger than cigarettes and fireworks combined, and packaging that’s safer that laundry detergent pods and on par with pharmaceuticals.”

In order to help protect kids from the potential hidden hazard, CPSC issued violation notices to companies that market dangerous, high-powered magnetic balls and cubes as toys for children, insisting that those companies notify purchasers and warn of the dangers of use by children. CPSC also works with major online platforms to remove these products from their sites.

“When consumers see these products marketed for children on trusted e-commerce sites, many of these items sold by foreign firms, consumers assume they are safe,” acting Chairman Robert Adler said in a statement. “But the reality is, these magnets can cause lifelong injury, or worse, to kids. That’s why it’s so important that e-commerce sites not allow these products to be sold to kids and why kids are safest when these products are not in the home.”

The CPSC also worked with e-commerce sites to issue safety alert notices directly to purchasers in the cases when magnet firms were not responsive.

Adler added that “until we can get these products off the market entirely, we just have to be vigilant.”

The nearly 10 million magnets, manufactured in China, were sold individually for 6 to 10 cents as well as in magnet sets for anywhere between $12 and $264 per set. The magnets were sold online and at certain Colorado retailers starting in January 2009.

Consumers should immediately stop using the recalled magnets and contact Zen Magnets LLC for a refund.

As of time of publication, the CPSC said Zen Magnets LLC was aware of two children who ingested Zen Magnets and required surgery to remove them along with parts of their intestines and bowels. It was also aware of other reports of children and teenagers ingesting high-powered magnets and requiring surgery. A 19-month-girl died after ingesting similar high-powered magnets.