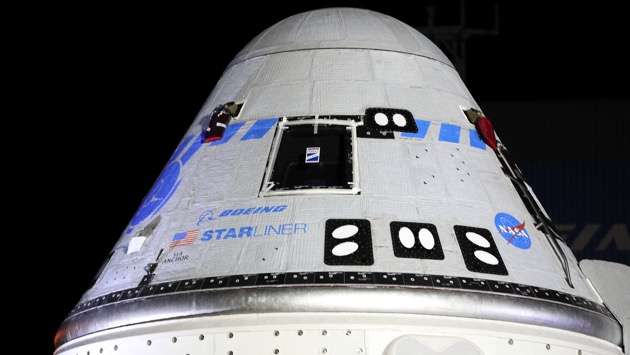 (CAPE CANAVERAL, Fla.) — After a very public flop in 2019, Boeing’s chance at redemption for its Starliner spacecraft is finally here.

The second test flight for Boeing’s CST-100 Starliner spacecraft is scheduled to launch from the Florida coast on Tuesday at 1:20 p.m. ET, after a launch attempt last week was scrubbed due to an unplanned thruster-firing incident on the International Space Station. The first Starliner launch in December 2019 famously did not go as planned, and the spacecraft never reached the ISS.

NASA will carry live coverage of the uncrewed mission as it is a part of NASA’s Commercial Crew program, in which the space agency tapped the private sector to help with missions in low-Earth orbit. Live coverage of the Starliner launch will commence on NASA’s website and social media handles at 12:30 p.m. ET.

On Monday, the Starliner spacecraft and a United Launch Alliance Atlas V rocket were rolled out onto the launch pad at Florida’s Cape Canaveral Space Force Station ahead of Tuesday’s liftoff. Meteorologists with the U.S. Space Force 45th Weather Squadron are predicting a 60% chance of favorable weather for launch day.

Approximately 30 minutes after launch, the Starliner is set to perform its orbital insertion burn that kicks off its daylong trip to the space station. It is then scheduled to dock at the ISS at 1:37 p.m. ET on Wednesday.

The spaceship is bringing some 400 pounds of cargo and supplies to the space station crew.

While the test flight is unmanned, an anthropometric dummy dubbed “Rosie the Rocketeer” will be aboard the Starliner. The 180-pound test device will sit in the commander’s seat of the capsule for the test flight, and its sensors will be used to collect data on how the launch will impact eventual human passengers. The model human was named after the World War II icon Rosie the Riveter, and is meant to honor women pioneers in aerospace. The test device is clad in the iconic red polka-dot bandana.

Boeing also said it will be paying tribute to more than a dozen historically Black colleges and universities during the flight test. Among the cargo inside the spacecraft are flags, small pennants and other items “representing HBCUs from throughout the U.S.,” according to a statement from the company.

NASA and Boeing blamed errors in automation and software issues for the botched launch in December 2019, saying mission clocks were not in sync and thus timing errors prevented the Starliner from reaching the orbit it needed in order to get to the space station. Rather than reach the space station, the Starliner landed in White Sands, New Mexico.

Tuesday’s mission is seen as critical for Boeing, as it has yet to launch astronauts for NASA while its Commercial Crew program competitor SpaceX has flown multiple crewed missions to the space station in addition to numerous cargo flights. Boeing is also still reeling from the fallout related to issues with its 737 Max jets. If the Starliner launch fails again, it is difficult to see how it will be able to remain competitive against SpaceX for NASA contracts — especially as the private sector’s involvement in the budding commercial space industry has grown significantly over the past year.