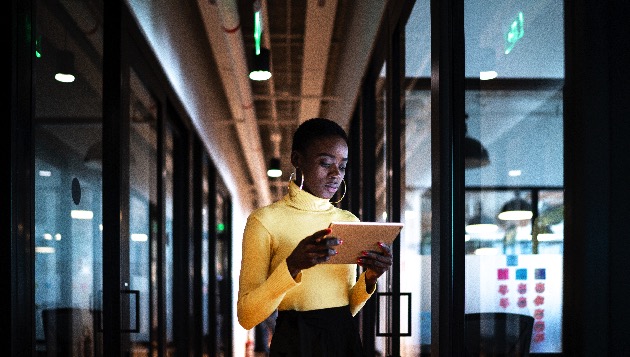 The gender wage gap has closed by only three cents for Black women over the last 30 years, according to the National Women’s Law Center, a policy-focused organization that fights for gender justice.

Equal Pay Day for all women was marked on March 24, 2021, meaning that Black women have to work an extra five months to catch up.

This year’s Black Women’s Equal Pay Day comes as Black women are continuing to face the fallout of the coronavirus pandemic, during which Black women have been hit disproportionately hard.

In July, the median weekly earnings for a Black woman were $746, compared to $1,115 for a white man, according to the Bureau of Labor Statistics.

With Black women more likely to be the breadwinner for their family, the pay gap matters even more in a time of economic uncertainty like the pandemic, according to Nicole Mason, president and CEO of the Institute for Women’s Policy Research.

“When we have a pandemic and then the economic downturn, there’s less money to ride out an economic storm, less money that they’re bringing home, especially if their hours have been cut,” Mason told Good Morning America last year. “Some people think that the pay gap doesn’t exist or you don’t really feel it, but women feel it every day in their wallets, every day when they go to work and bring home less, or during an economic downturn or job loss. They don’t have the money they need to be able to provide for their families.”

Mason’s organization has released research that estimates Black women will not bring home the same earnings as white men for the same jobs until 2130 if the current rate of change persists.

When it comes to solutions for closing the pay gap for Black women, Mason said the federal government can play a role in passing legislation that promotes pay equity and pay transparency and works to end workplace discrimination.

She said employers can play a role, too.

“Employers have a role to play in terms of making sure there is pay equity and making sure that women across the board earn what they’re worth and the skills and talents they bring to the table,” Mason added. “And as a culture and a society, we have a lot of work to do in terms of breaking gender stereotypes around women in the workplace, their value and how much women should be paid for their work.”