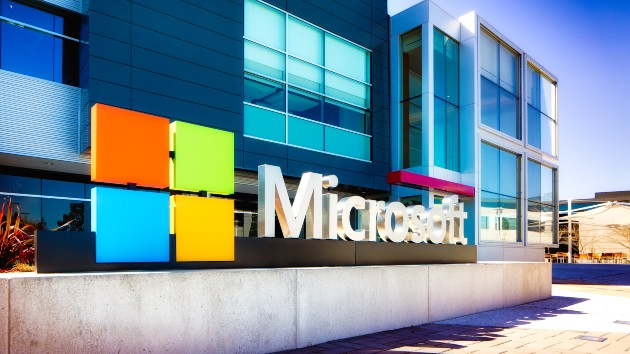 (NEW YORK) — The Army has awarded Microsoft a contract that could be worth almost $22 billion for its futuristic goggles that give soldiers a new way to see the battlefield.

Known as IVAS, the acronym for the Integrated Visual Augmentation System, the goggles project 3D terrain maps over what soldiers see directly in front of them and allows troops to see in the dark, through smoke and even around corners.

Based on Microsoft’s HoloLens 2, the augmented reality goggles were ruggedized for the wear and tear of combat and have undergone prototype testing over the past two years.

On Wednesday, the Army announced that it had awarded a 10-year production contract to Microsoft for the IVAS system potentially worth $21.88 billion. The contract has a five-year base period followed by another five-year option, said Courtney Bacon, an Army spokesperson.

Microsoft said that the contract could provide more than 120,000 goggles to the Close Combat Force.

“We appreciate the partnership with the U.S. Army, and are thankful for their continued trust in transitioning IVAS from rapid prototyping to rapid fielding,” wrote Microsoft’s Alex Kipman in a blog post.

Kipman designed Holo Lens and has led the research and development of the goggle’s conversion into IVAS for the Army.

The system gives soldiers more information than they have ever had on the battlefield.

“The IVAS aggregates multiple technologies into an architecture that allows the Soldier to Fight, Rehearse, and Train using a single platform,” said an Army statement announcing the production contract.

Attached to combat helmets, the clear goggles allow soldiers to know precisely where they are thanks to a heads-up display, or HUD, that provides them with an overhead compass and overlays maps of their location.

Holograms and 3D terrain maps are projected onto the goggles to see what lies ahead and lets soldiers know precisely where their squad mates are on the battlefield.

The goggles also incorporate significant improvements in night vision and thermal imagery technologies that give soldiers a full 180-degree field of view.

An attachment mounted on a rifle barrel projects onto the HUD whatever could be seen through the rifle scope, regardless of what direction a soldier is looking. That capability gives troops an edge in dangerous urban warfare by letting them peer around corners.

The high-tech goggles will be made available to all of the Army’s combat infantry troops, bringing them resources that may have once been only available to elite units.

Eric Oehlerich, a retired Navy SEAL and ABC News contributor, sees that as a step toward improving the combat effectiveness of all American troops on the battlefield.

“The more situational awareness you have about your forces, and the enemy position, the easier it is to dominate the fight,” he added. “Investments in equipment like the IVAS goggles will greatly increase the awareness each service member will have during the ‘fog of war,’ making them more lethal when called upon.”

Mick Mulroy, a retired Marine and ABC News contributor, agreed with Oehlerich, but also stressed that basic military skills will need to be maintained.

“It is also important that we don’t become over reliant on technology,” said Mulroy. “We need to train with it and without it, as our adversaries will no doubt try and counter our technological improvements.”

The deal is the second major contract won by the tech giant in recent years. Last year, the Pentagon selected Microsoft over Amazon to take over its $10 billion JEDI cloud project.

While the IVAS contract is twice as large as the JEDI project, it could end up being less if the Army decides not to pursue its five-year option.