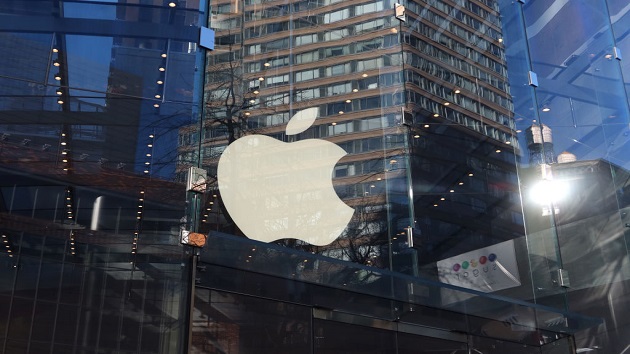 (NEW YORK) — Apple marked a grim milestone this week, falling about $1 trillion below a peak reached in 2022.

The company’s shares rallied in recent days, but the massive loss in value reflects difficult economic times for companies across the tech industry and beyond.

The tech-heavy Nasdaq plummeted by about one-third in 2022 while the broader S&P 500 fell 19% over that period. Apple’s performance, meanwhile, fell right in between those two indexes, dropping 27% over the course of the year.

The decline of a longstanding stalwart like Apple highlights trends that thrust the U.S. economy into uncertainty in 2022, leaving it in a precarious position as the new year begins, analysts told ABC News.

The forces that have squeezed Apple and the wider economy include a shift from pandemic-era consumption that flipped the fortunes of companies large and small, a near-historic rise in inflation that triggered an aggressive response from the Federal Reserve and supply chain disruptions that eased but persisted with zero-COVID lockdowns in China, analysts said.

“You’re talking about $1 trillion wiped out from the economy in one stock – it’s a big number and it isn’t something that should be ignored,” Angelo Zino, senior industry analyst at CFRA Research, told ABC News.

Apple did not immediately respond to a request for comment.

Why Apple lost nearly $1 trillion in value in 2022 and what it says about the state of the U.S. economy.

Like many tech companies, Apple has suffered from a major consumer shift away from the pandemic-era focus on buying goods.

At the height of the pandemic, hundreds of millions across the globe facing lockdowns replaced restaurant expenditures with couches, exercise bikes and tech products. Over the first three months of 2021, for instance, Apple’s profits more than doubled compared to the same period a year prior.

As pandemic fears have waned, however, consumers have prioritized spending on the experiences they missed out on while cooped up indoors. This fall, demand for personal computers plunged nearly 20% compared to the year prior, research firm Gartner found.

That change in taste has punished the bottom line of Apple and many tech firms, Zandi said.

“Since the pandemic has been winding down, people have been shifting spending away from consumer electronics to travel, restaurants and ball games,” he said.

Apple has also faced challenges rooted in rapid price hikes and the Federal Reserve’s policy response, which has slowed some areas of the economy and pummeled the stock market.

At its peak, inflation reached 9.1% in June, a level last seen more than four decades ago. To dial back the rising costs, the Federal Reserve has undertaken an aggressive set of interest rate hikes.

An increase to the benchmark interest rate raises borrowing costs for consumers and businesses, which in theory should slash inflation by slowing the economy and eating away at demand. That means borrowers, whether businesses or individuals, have a harder time accessing loans, the lifeblood of economic activity.

Because interest rate hikes typically weigh on the economy and corporate earnings, investors flee. That pain is particularly acute for tech stocks like Apple because investors choose them in the first place for strong profit growth, which appears increasingly unlikely as interest rates jump, Zandi said.

“Investors are buying their stocks because of expected profit growth long into the future,” he said. “They get hit hard.”

High prices and rising borrowing costs can also weigh on consumers, eating away at savings and casting aside spending on items like iPhones or MacBooks.

Consumer spending proved resilient for much of the year due in part to savings from the pandemic, but the cushion appears to have dwindled in recent months. The personal savings rate fell to 2.3% in October, the lowest rate in nearly two decades, according to data from the Commerce Department.

“The state of the consumer is extremely important for a company like Apple,” said Zino, adding that the company could withstand a potential drop in consumer spending because products like the iPhone are treated by many as necessities.

Like a host of companies, Apple has struggled with pandemic-imposed supply chain disruptions that have hindered production and caused delivery delays.

While the worst of the global supply backup has eased, impediments remain, most notably in China.

At China’s biggest iPhone factory, in the central Chinese city of Zhengzhou, workers vanished over concerns that executives would impose a mandatory quarantine because of a recent COVID outbreak.

On the whole, China’s zero-COVID policy led to major iPhone shortages heading into the holidays, according to a report released by Wedbush Securities analyst Dan Ives last month. Shortages reached as low as 35% of typical holiday inventory in some stores, causing overall iPhone demand to outstrip supply by a ratio of 3 to 1, he found.

In recent weeks, China has relaxed its zero-COVID policy, offering a glimmer of hope for companies with major supply hubs in the country, like Apple, analysts said.

The China-related delays in the delivery of some iPhone models should be “largely resolved” by some point in January, Zino said.

While many expect a wave of coronavirus infections as the country reopens, manufacturing production could return to normal in the spring or summer of 2023, Zandi said.