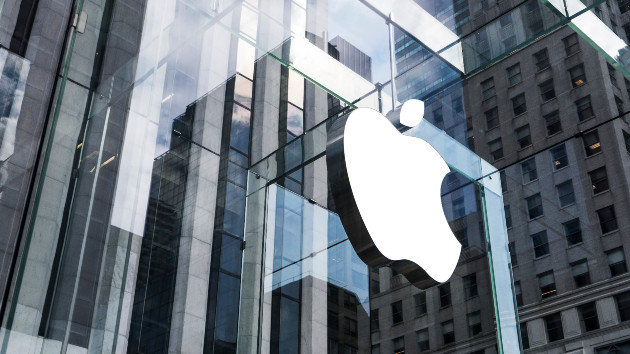 (CUPERTINO, Calif.) — Apple is expected to release a new line of iPhone models and other updated products at a launch event on Wednesday.

The event, which starts at 1 p.m. ET, will take place at the company’s headquarters in Cupertino, California.

Apple CEO Tim Cook is expected to present the newest products for the occasion, which Apple has promoted with the teaser tagline “far out.”

Apple released on Wednesday a new iPhone 14 Pro with advanced camera and video settings, the company said at a launch event. The model will also be available in the larger 6.7-inch iPhone 14 Pro Max model.

The iPhone 14 Pro draws on the new A16 bionic chip, which enables an always-on display, high-resolution photo and video, and greater memory bandwidth, the company said.

The advanced photo and video capabilities owe to a new 48 megapixel camera with a quad pixel sensor.

The new model of the iPhone 14 includes a “dynamic island,” a set-aside section of the screen that offers alerts that can expand and change size without distracting from an app in use.

A new low-power mode will extend the duration that the phone can last on a single charge, the company said.

The iPhone 14 and iPhone 14 Plus will include a slew of new features, such as enhanced Emergency SOS via satellite, which will be available free for two years for iPhone 14 owners.

The new iPhone model is compatible with 5G cellular networks, which will allow for faster download times and better streaming, the company said.

Apple released a new iPhone model on Wednesday that will be available in two sizes and feature an improved camera, among other updates, the company said at a launch event.

The new camera on the iPhone 14 will include a larger sensor and faster aperture, which will provide 49% improvement in low-light capture, the company said.

The new iPhone model will also feature an “action mode” for video recording that will stabilize shots as a user moves.

Apple will release a new model of AirPods that costs $249, the company said at its launch event on Wednesday.

The AirPods Pro will be available for order on Sept. 9 and purchase on Sept. 23.

The new ear buds also include a customizable sound profile, enhanced noise cancellation and longer use on a single charge.

Using a photo taken of the user on their iPhone, the AirPods will provide a custom audio experience based on the unique shape of a given person’s head and ears, the company said.

The AirPods Pro will offer up to six hours of use on a single charge, a 33% increase from the previous model.

Apple released a new smartwatch on Wednesday for active and outdoor users called Apple Watch Ultra that will cost $799, the company said.

The watch features precision GPS that operates in remote locations, as well as a redesigned compass app to further aid navigation.

In addition, the product carries a built-in 86 decibel siren that can alert people nearby in an emergency.

The Apple Watch Ultra includes a slew of other features, including a titanium case with edge protection, a second speaker, cellular built into all models, a customizable action button that gives access to other features and 36 hours of battery on a single charge.

A new battery optimization coming this fall will extend the battery life to 60 hours, the company said.

The new model Apple Watch SE will cost $249 for GPS features, and $299 for GPS plus cellular capability, the company said at a launch event on Wednesday.

The model offers a low-cost alternative to the new Series 8 Apple Watch, which costs either $299 for GPS or $399 for GPS plus cellular, the company said.

The Apple Watch SE includes some of the features of the Series 8 announced by Apple on Wednesday, such as an always-on display screen that is “swim proof, dust proof, and crack resistant,” the company said.

The new model of the Apple Watch will cost $399 for GPS features, and $499 for GPS plus cellular capability, the company said at a launch event on Wednesday.

The Apple Series 8 will also include car crash detection that alerts emergency services to a vehicle accident, as well as low-power mode that extends the product’s battery life, the company said.

The crash detection automatically alerts emergency responders with a user’s location, and alerts a user’s emergency contacts, the company said.

The low-power mode, meanwhile, will allow the Apple Watch to last 36 hours on a single charge, the company said.

Apple announced a new model of Apple Watch at its product launch event on Wednesday.

The Apple Watch Series 8 features an always-on display, and is “swim proof, dust proof and crack resistant,” the company said.

The new model of the Apple Watch includes advanced features for women to track their menstrual cycles, including a temperature sensor that offers an estimate for the last time a woman wearing the watch has ovulated.

The Apple Watch “keeps you connected to the things you care about most, encourages you to stay active, and monitors your health and gets you help when you need it,” Apple CEO Tim Cook said.

The Apple product launch event on Wednesday follows mixed results in the company’s latest earnings report, which came out in late July.

Third quarter earnings showed that Apple outpaced analyst expectations for profit and revenue, as the company brought in $83 billion.

Over the quarter, Apple felt the crunch of supply chain constraints brought about by the COVID pandemic, though such limits affected the company “less than we anticipated at the beginning of the quarter,” Apple CEO Tim Cook said on an earnings call with investors in July.

Still, as Apple readies to launch a new iPhone model on Wednesday, the company recently passed a sales milestone for the product.

The iPhone surpassed Google’s Android to capture more than 50% of the U.S. smartphone market for the

Sep 07, 11:34 AM EDT
Apple stock flat on Wednesday ahead of launch event

Shares in Apple stood largely unchanged on Wednesday morning prior to the company’s product launch event.

As with many tech companies, Apple’s stock has taken a pummeling this year. The stock price has fallen more than 13% since the outset of 2022, and dropped nearly 7% over the past month.

Despite a difficult year, Apple stock has outperformed major indices like the S&P 500 and the tech-heavy Nasdaq. The S&P 500 has fallen more than 17% in 2022, and the Nasdaq has dropped more than 25% over that period.

Since the Apple launch event last year, on Sept. 14, the company’s stock is up about 3.5%, as of Wednesday morning.

The event on Wednesday is the first of the company’s annual product launch events to take place in person since 2019, prior to the pandemic.

Apple is expected to release a set of four iPhone models that could be called the iPhone 14. The new line is widely expected to feature an improved camera, among other updates.

In addition to the iPhone, the company could announce a new line of Apple Watches and AirPods.

The company is developing new health-related features that could alert a person to an increase in blood pressure as well as a change in body temperature related to fertility, The Wall Street Journal reported last September.