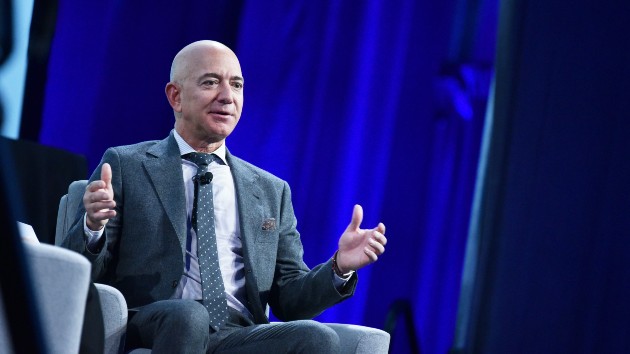 (NEW YORK) — Jeff Bezos, founder of Amazon, has announced that he and his brother Mark Bezos will be joining the auction winner on New Shepard’s first human flight next month.

Blue Origin made the announcement early Monday morning and the Bezos brothers will be joining the winner of the auction — where bidding already has reached $2.8 million with nearly 6,000 bidders from 143 countries. The live auction for the seat will conclude on June 12.

The flight, which will last for around 30 minutes, will fly the passengers to the edge of space when they will then get to unbuckle and float for three minutes before the capsule returns to Earth.

“The winning bid amount will be donated to Blue Origin’s foundation, Club for the Future, whose mission is to inspire future generations to pursue careers in STEM and to help invent the future of life in space,” Blue Origin said in their announcement.

Southwest Airlines holiday meltdown will cost company up to $825 million

Southwest CEO apologizes to customers, employees: ‘There will be a lot of lessons learned’