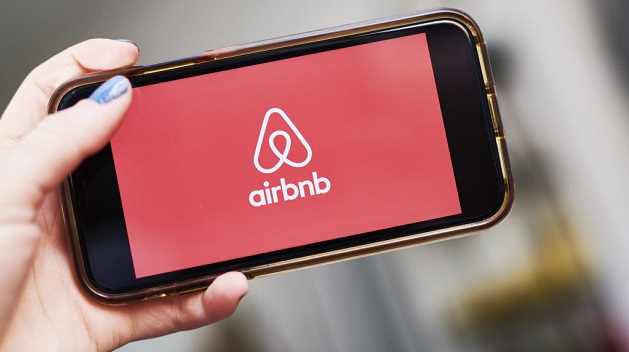 (NEW YORK) — Short-term rental giant Airbnb has issued a permanent global ban on parties following a string of shootings that have broken out nationwide at properties it lists.

The company announced Tuesday that a temporary party ban it enacted in August 2020 over health concerns prompted by the COVID-19 pandemic is being officially codified into its policies.

While the company did not specifically cite the shootings that have occurred during parties at its listed properties, it said in a statement, “Over time, the party ban became much more than a public health measure.”

“It developed into a bedrock community policy to support our Hosts and their neighbors,” Airbnb said in its statement.

The San Francisco-based company said the ban is meant to “deter the very rare cases of Hosts who do not operate responsibly, or guests who try to throw unauthorized parties.”

Airbnb said violations of its party ban will result in “serious consequences” for guests, including suspension of accounts or full removal from the platform.

In 2021, more than 6,600 guests were suspended from Airbnb over violations of its temporary party ban, according to the company.

Airbnb said that after the temporary ban was imposed, reports of parties dropped 44% year-to-year.

“Strong policies must be complemented by strong enforcement,” the company said. “We’ve introduced a number of anti-party measures in recent years to enforce our policy and try, to the best of our ability, to stop both unauthorized parties and chronic party houses.”

Despite the temporary ban, several shootings have occurred at Airbnb rentals across the country.

In April, two teenagers were killed and eight people were wounded when a barrage of 50 gunshots broke out at a Pittsburgh Airbnb rental house, where police said roughly 200 people were having a party. Some escaped the gunfire by jumping out of windows.

Airbnb responded to the Pittsburgh shooting by issuing a lifetime ban against the person who rented the house and filed a lawsuit against them. The company confirmed that an “unauthorized party” was thrown without the knowledge or consent of the house host, who specifically stated in the listing page that no parties were allowed and that any evidence of a party would result in a $500 fee.

The Pittsburgh shooting came just days after a 23-second running gun battle, in which up to 50 shots were fired, erupted during a teenager’s birthday party at an Airbnb rental in Houston that left one person wounded, authorities said.

The Houston incident happened on the same day a shooting occurred at an Airbnb rental house in the Sacramento, California, suburb of Elk Grove that left an 18-year-old man dead, according to the Elk Grove Police Department. Police said the Airbnb rental was being used for a party at the time of the fatal shooting.

On June 11, four men were shot in a drive-by shooting on an Airbnb rental in Detroit that was being used for a bachelor party, police said.

The temporary party ban Airbnb imposed in 2020, also put a cap on the number of people allowed to occupy a home at 16. The company said the new policy removed the occupancy cap on some large homes that have ample room to accommodate 16 or more people, including castles in Europe and beachfront villas in the Caribbean.

“Amazing properties like these thrive on hosting multi-generational family trips and larger groups, and removing this cap is meant to allow those Hosts to responsibly utilize the space in their homes while still complying with our ban on disruptive parties,” Airbnb said. “This decision was made based on feedback from the longstanding and trusted members of our global Host community, and it will take effect in the coming months.”