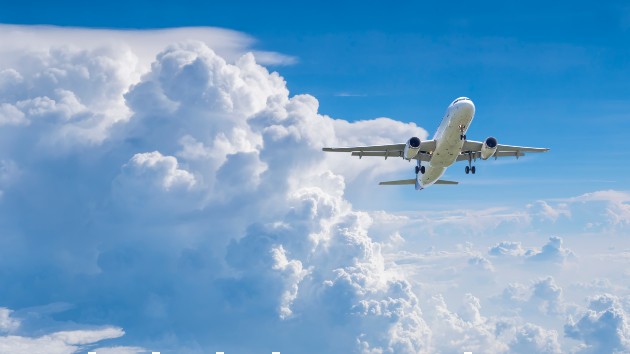 The Transportation Security Administration (TSA) reported it screened 2,196,411 people nationwide Friday, for the highest throughput since the start of the pandemic. That was also higher than the checkpoint volume for the same day in 2019.

The record comes a day after air travel exceeded pre-pandemic levels for the first time.

In addition to long lines for security and airport services, some travelers have had to contend with delays and cancellations.

By Friday afternoon, Dallas-Fort Worth International Airport had 135 flights canceled and 458 flights delayed based on data from flight-tracking website Flight Aware, according to ABC Dallas affiliate WFAA-TV. Those were the highest numbers for any airport in the world at that time, WFAA reported.

Weather and thunderstorms in North Texas caused arriving flights that morning to be delayed, the station said.

One family trying to depart from Denver had two flights canceled in two days.

“Me and my family are all stranded,” Whitney Cline told KMGH Friday. “I had a flight canceled last night, they’re like — rebook. So, then they rebooked it for me, and then they canceled it again this morning when I was at the airport.”

The tail end of the holiday could be even busier for the nation’s airports.

Friday was forecast to be the busiest departure day, while Monday the busiest day to return, according to travel-booking app Hopper. United Airlines CEO Scott Kirby told ABC News he is expecting Monday to be a record-breaking travel day.

AAA forecasts that more than 47.7 million Americans will travel this Fourth of July holiday, from July 1 to 5 — which would make it the second-highest Independence Day travel volume on record.

Despite high gas prices, the company said 91% of holiday travel will be by car, with 43.6 million Americans expected to take to the roads.

As of Saturday, the national gas price average is $3.127 — the highest so far this year, and nearly a dollar higher than the same time last year, according to AAA.

Prices are only expected to climb.

“Gas prices have been trending more expensive, and there is no slowing down, even after the holiday weekend,” AAA spokesperson Jeanette McGee told ABC News. “We expect gas prices to continue to increase another 10, possibly 20 cents through the end of August.”