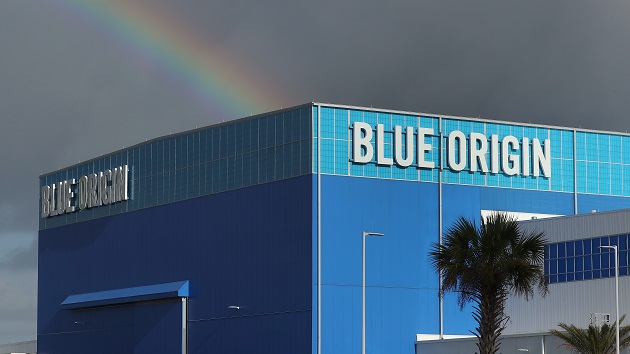 That’s the winning bid for a seat aboard the New Shepard, when Jeff Bezos’ space tourism venture Blue Origin flies people to space for the first time next month.

The live auction lasted under 10 minutes Saturday, after opening at $4.9 million with over 20 bidders calling in.

The winning bid will be donated to Blue Origin’s foundation, Club for the Future, which inspires future generations to pursue careers in STEM.

The name of the winner won’t be announced immediately because the company needs to “complete some final paperwork with them,” Ariane Cornell, Blue Origin’s director of astronaut and orbital sales, said ahead of the live auction.

“But given the flight is just a couple of short weeks from today, you all will know very soon who the winner is,” she added.

Bezos himself will also be on the flight, along with his brother Mark Bezos, the company announced earlier this week.

“Ever since I was five years old, I’ve dreamed of traveling to space,” the Amazon founder said in a social media post. “On July 20, I will take that journey with my brother. The greatest adventure, with my best friend.”

The final fourth crew member will be announced after the name of the auction winner is released, the company said.

Blue Origin plans to offer the most competitive bidders in the auction access on upcoming flights, Cornell said.

The opportunity to fly above the Karman Line — the internationally recognized line of space, at over 300,000 feet, or 62 miles — presents a new market opportunity in space tourism, the company has said. Only 569 people have ever been over the Karman Line, according to Cornell.

The experience will last about 11 minutes, during which the capsule will pass the Karman Line and the astronauts will be able to unbuckle their seatbelts and float in zero gravity for about three minutes.

The first human flight follows 15 consecutive missions to space and back with New Shepard. The spaceflight vehicle will launch from a remote site in Van Horn, Texas.