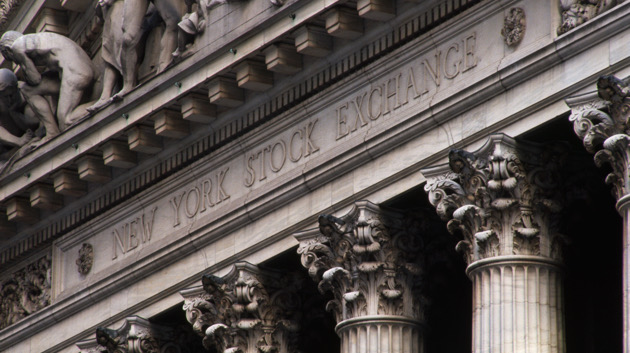 (NEW YORK) — Wild swings in the share price of a largely unknown Hong Kong-based fintech company in recent days have reminded some analysts and traders of the “meme stock” craze, which grabbed headlines and stoked controversy early last year.

On Tuesday, the stock price of online financial services company AMTD Digital was more than 21,000% above the price at its initial public offering last month.

The price fell in recent days to end the week well below the earlier peak but still, as of market close Friday, the stock price stood at $721, which amounts to a 127% jump for the week and a 9,143% increase since its IPO. The stock debuted on the New York Stock Exchange on July 15 at $7.80 per share.

At the height of AMTD Digital’s stock rise on Tuesday, the company reached a valuation of $310 billion, making it larger than Coca-Cola and Bank of America, according to FactSet. The nearly 3-year-old company brought in just $25 million in revenue last year, according to a regulatory filing.

The dramatic rise in the company’s stock price owes to a targeted surge in online retail trading akin to that which sent shares skyrocketing in companies like GameStop and AMC early last year, Dan Ives, an equities analyst at Wedbush Securities, told ABC News.

Some observers, however, questioned the designation of AMTD Digital as a meme stock.

The phenomenon of a meme stock trade describes a trend in which retail investors see shares rise steeply as others back a firm, then more jump into the fray, pushing the stock price further upward and enticing another wave of investors. A surge of such trades last year prompted a congressional hearing and investigation.

AMTD Digital did not respond to a request for comment. But a statement released by the company on Tuesday expressed gratitude to investors for the support, while acknowledging the stock is “still undergoing our initial stabilization period.”

“During the period since our initial public offering, the Company noted significant volatility in our ADS price and also observed some very active trading volume,” AMTD Digital said.

“To our knowledge, there are no material circumstances, events nor other matters relating to our Company’s business and operating activities since the IPO date,” the company added.

Citron Research, an equity research firm, rebuked the designation of AMTD Digital as a meme stock, citing the relatively low trading volume of shares in the fintech company compared with the run-up last year of GameStop, which trades under the symbol GME.

“$HKD is NOT a meme stock,” Citron Research tweeted on Wednesday, referring to AMTD Digital by its stock ticker HKD. “Has not captured the imagination of retail traders like $GME.”

Citron Research said in the tweet that 339,000 shares of AMTD Digital were traded on Tuesday.

Almost 900,000 individual accounts traded shares of GameStop each day at the height of the trading frenzy last January, a dramatic rise from less than 10,000 accounts each day earlier that month, a Securities and Exchange Commission investigation found.

Still, the volatility in the price of AMTD Digital renewed a debate among some over meme stock trading.

“So we’re all just going to ignore the $400B meme stock in the room?” prominent short-seller Jim Chanos tweeted of AMTD Digital on Tuesday. “We literally had Congressional hearings over the $30B runs of $GME and $AMC, but just [crickets] today.”

Ives, of Wedbush, said the volatility of AMTD Digital in recent days shows that the emergence of a meme stock remains possible, even if it has become less common.

“This is more the rarity than the norm,” he said. “Most of that is in the rearview mirror.”

“But the situation brought to light that the meme era still has oxygen,” he added.

What to know about Queen Elizabeth II’s wealth, and the future of the British monarchy’s finances