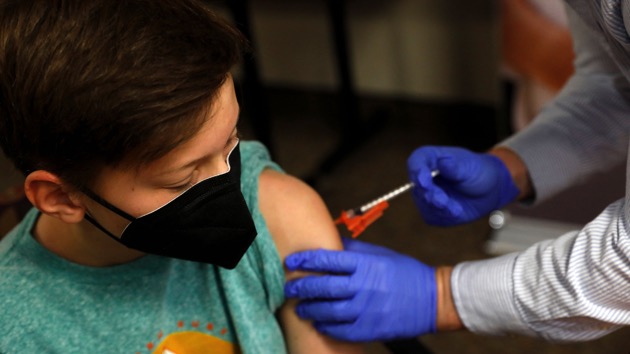 (SACRAMENTO, Calif.) — A new bill in California would allow children to get vaccinated against diseases including COVID-19 without their parents’ consent.

Currently, kids in the state between ages 12 and 17 must receive permission from a parent or a guardian to get a vaccine, unless it is to prevent a sexually transmitted infection.

However, the new bill — introduced Friday by state Sens. Scott Wiener (D-San Francisco) and Richard Pan (D-Sacramento) — would allow Californians aged 12 and older to receive vaccines that meet specific federal agency criteria on their own.

Under the bill, adolescents could get vaccinated as long as the shots are approved by the U.S. Food and Drug Administration and recommended by the Centers for Disease Control and Prevention’s advisory committee.

As of Wednesday, about 63% of Californians aged 12-17 are fully vaccinated, according to the state department of health — but at least 28% are not.

He added, “This legislation will allow teens to protect their own health and to get vaccinated against COVID-19, against the flu and other serious diseases.”

Washington, D.C., currently allows minors to receive vaccines on their own starting at age 11. San Francisco also allows kids aged 12 and older to receive COVID-19 shots without parental consent when consent is unavailable.

Additionally, five states allow minors to get vaccinated without parental consent. Alabama allows teens to receive vaccines on their own starting at age 14; Oregon at age 15; and Rhode Island, North Carolina and South Carolina at age 16.

Elizabeth Tobin-Tyler, an associate professor of health services, policy and practice at Brown University, said these laws are often the result of a “mature minor” doctrine, which allows minors to give consent provided they can show they are mature enough to make decisions on their own.

“The idea is there are minors that might be quite mature at age 12 or 14 and have the capacity to make their own decision,” she told ABC News. “States have recognized there are situations where we don’t want to have someone make a decision at just 18.”

Dr. Georges Benjamin, executive director of the American Public Health Association, said most kids of that age are mature enough to understand medical information that is given to them.

“When you’re dealing with kids and medical care, you want to be able to give them with some graduated autonomy about their health,” he told ABC News.

If the bill passes, California would become the state with the youngest age for children to get vaccinated on their own without permission from an adult.

However, not everyone is in favor of the bill.

​​”It just seems like this is part of this ongoing war against parents by some Democratic elected officials,” California Republican Assemblyman James Gallagher told ABC News. “This bill is not about letting children make some sort of decision in a vacuum whether or not they want to get vaccinated. It’s about eliminating parents from that decision-making process.”

He described the bill as a “slippery slope” and said it could lead to kids having autonomy to take other medications without parental consent.

“What other drugs, what other things would a child be able to decide at school or some other place without their parents’ consent?” Gallagher asked.

Under California law, minors aged 12 and older are already allowed to be vaccinated against hepatitis B and human papillomavirus (HPV) and to receive birth control and treatments for STIs, mental health disorders and substance abuse.

“The vast majority of teens — even if they have the ability to get a vaccine — will talk to their parents about the issue,” Wiener said. “We want parents to be involved in their kids’ health care, and I am confident that many, many teens will talk to parents about it.”

He continued, “Sadly there are some teens who are not in a position to talk to their parents about it. For whatever reason, they can’t have those conversations and in those situations, a teenager should be able to protect their own health.”

Benjamin said the idea of providing teens with autonomy is not new or radical and could actually help teenagers think critically and analytically.

“We do this a lot in other areas in our lives,” he said. “We give them driver’s licenses as they are able to mature both emotionally and physically. Parents should think of this as part of allowing their kids to have more control over their health decision-making. From a mental health and psychological perspective, this should be thought of as giving kids more responsibility, and I think overall it’s a good thing.”

Without COVID-19 vaccines, death toll would be much higher: Pfizer analysis

Crisis lines and helplines are not the same, but experts say we need both

What abortion funds are and how they work