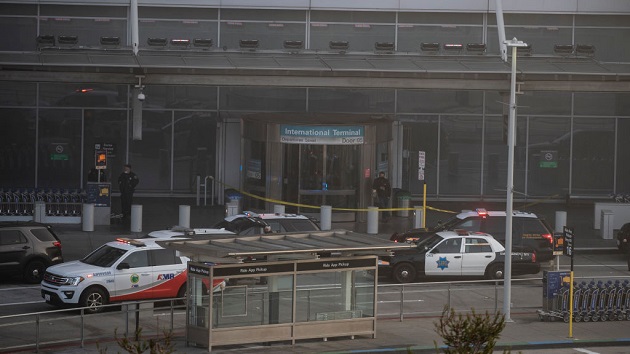 When officers responded to the airport’s international terminal in front of the BART station entrance, they tried to de-escalate the situation, but the suspect kept showing “threatening behavior,” airport spokesperson Doug Yakel said.

Police “engaged non-lethal measures,” but the gunman “continued to advance, at which time SFPD officers fired shots to neutralize the threat,” Yakel said.

One bystander suffered minor injuries and has been treated and released, he noted.

The incident didn’t impact any airport operations, Yakel said. BART service to the airport was temporarily suspended and has since resumed.

“The entire incident happened in the terminal. It didn’t happen at BART. It was near the entrance of our station but not at our station,” a BART spokesperson said.

Regular shoppers, a retired police officer: Remembering the victims of the Buffalo shooting

If Roe is overturned, experts fear for incarcerated people and reproductive care