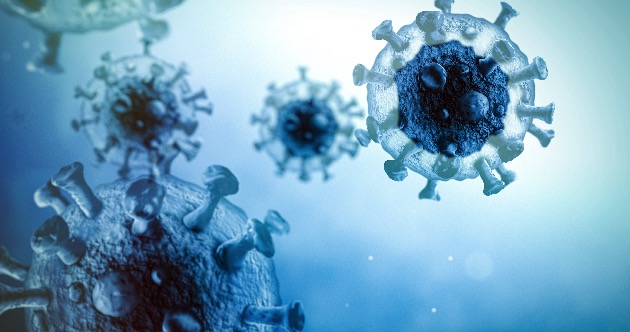 (NEW YORK) — As evidence mounts that the omicron variant is less deadly than prior COVID-19 strains, one oft-cited explanation is that viruses always evolve to become less virulent over time.

The problem, experts say, is that this theory has been soundly debunked.

The idea that infections tend to become less lethal over time was first proposed by notable bacteriologist Dr. Theobald Smith in the late 1800s. His theory about pathogen evolution was later dubbed the “law of declining virulence.”

Simple and elegant, Smith’s theory was that to ensure their own survival, pathogens evolve to stop killing their human hosts. Instead, they create only a mild infection, allowing people to walk around, spreading the virus further afield. Good for the virus, and, arguably, good for us.

In some cases, viruses evolve to become more virulent.

Continued virus survival, spread and virulence are all about the evolutionary pressures of multiple factors, including the number of people available to infect, how long humans live after infection, the immune system response and time between infection and symptom onset.

Unfortunately, that means it’s nearly impossible to predict the future of the pandemic, because viruses don’t always evolve in a predictable pattern.

There have been thousands of identified COVID variants, each with unique mutations. But most new variants emerge and then quickly die out, unable to compete with the reigning dominant variant.

Some variants, however, have clear “advantages to continued survival, such as those that evade the immune system and spread easily,” said Dr. Abir Hussein, associate medical director for infection presentation and control at University of Washington Medical Center.

Experts warn that it is important to assess the severity of omicron in the context of existing immunity through vaccines and prior infections.

“It is difficult to determine with new variants like delta and omicron if variants are evolving to be more or less virulent. This is because these variants emerged at a time when we had a good deal of immunity to SARS-CoV-2 in certain countries,” said Andrew Pekosz, a professor of microbiology at Johns Hopkins University Bloomberg School of Public Health.

People who are vaccinated or recently infected will have milder symptoms if they experience a breakthrough infection or a reinfection, studies show.

“This is not because the variant is less virulent, but because your immune system was primed from prior vaccination and infection,” said Pekosz.

Experts say omicron should not be taken lightly or thought of as a less lethal form of COVID. Even if less deadly, the omicron variant is also significantly more transmissible, leading to more deaths overall.

The U.S. Centers for Disease Control and Prevention predict that 22,000 more people could die of COVID-19 over the next two weeks.

“The available COVID vaccines provide immunity for a range of variants and continue to be the first line of defense,” said Dr. John Brownstein, chief innovation officer at Boston Children’s Hospital and an ABC News contributor.

As for the future of the pandemic, experts say new variants may emerge in the future, but they won’t be easy to predict.

Jess Dawson, M.D., a masters of public health candidate at Johns Hopkins Bloomberg School of Public Health, is a contributor to the ABC News Medical Unit.