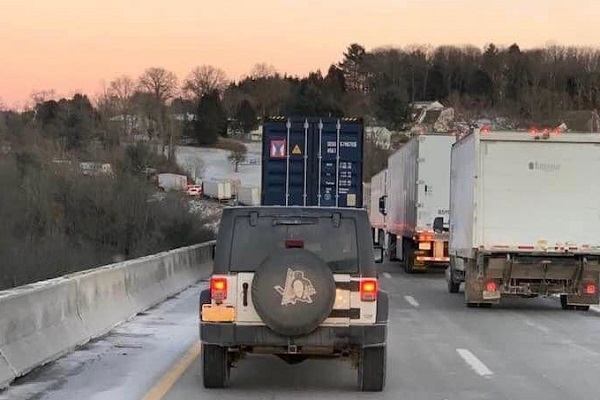 Jefferson County, PA – Interstate 80 was backed up for multiple hours Tuesday afternoon after a tractor-trailer overturned in the eastbound lane near exit 81, causing traffic to have to get rerouted.

This caused some serious delays and backups, with listeners saying that they noticed additional traffic from Hazen, Brookville, Brockway, Falls Creek, and DuBois.

That portion of I-80 is reopen now. There is no official police report yet on the accident that caused the closure.

Thanks to a kind listener for sending us a photo from the traffic jam on Tuesday. 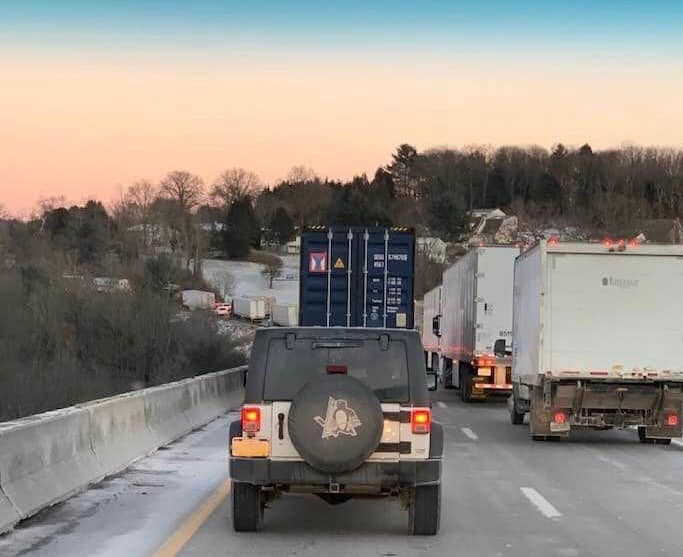