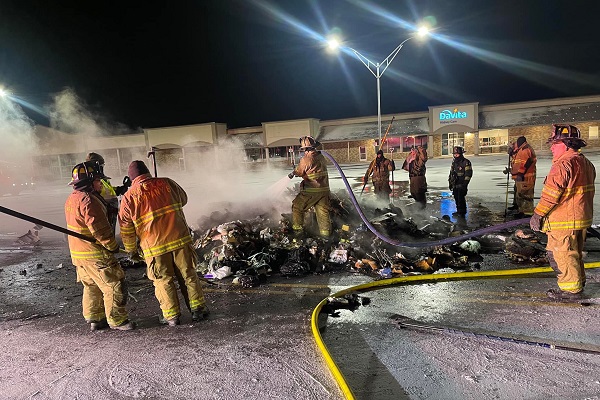 Fire crews were called out to the Target Square parking lot along the Clearfield-Curwensville Highway around 5:30 Tuesday morning for reports of a garbage truck on fire.

They found that the driver had realized that the contents of the truck were on fire.

With some quick thinking the driver was able to dump the material into the middle of the empty parking lot, preventing the flames from spreading into the truck.

Fire crews worked for about 45 minutes to control the fire and make sure that the flames were entirely doused.

Photo courtesy of the Curwensville Rescue Hose and Ladder Company.