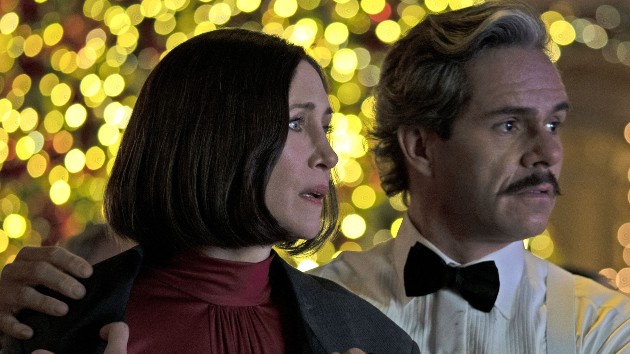 Vera Farmiga can be seen again today in the fourth episode of Hawkeye, which just dropped on Disney+. The Paranormal Activity series star had two big reasons to hop on board as the socialite Eleanor Bishop: One, to play True Grit Oscar nominee Hailee Steinfeld‘s mom, and also because she has a thing for bows and arrows.

“Well, number one, I love archery, just hands down,” Vera revealed to her co-stars at a recent press event. “I am an archer, you guys don’t know this about me.”

She explained, “My first job, I played an archer with Heath Ledger in a series called Roar, right? I had my bow and arrow and I had my 40-pound pull weight arrow…and I’m good at it, to be honest with you. So I wasn’t going to be wielding that bow and arrow, I just wanted to be next to someone with ‘True Grit."”

Farmiga says of her onscreen daughter, “To be honest with you, I have marveled at this young lady since that first movie and I also loved this sort of this very delicate and complex maternal relationship with daughters.”

She adds, “It is a tricky sport raising her successful daughter, you know, especially when the daughter and the mom have different ideas of what that success means. But yeah, just happy to be by Hailee’s side for this.”

Incidentally, while we won’t spoil the surprise, the new fourth episode reveals the first appearance from a big-screen MCU break-out star.