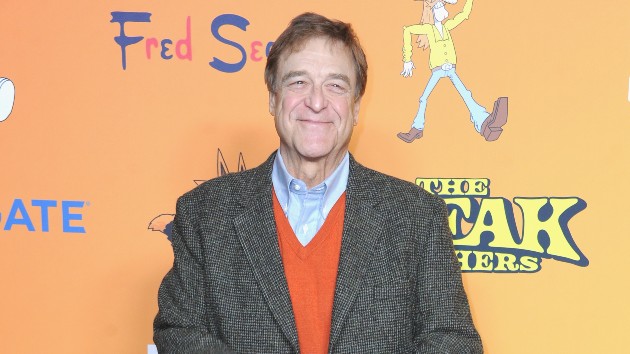 The Conners’ star John Goodman has been looking much thinner since his days on Roseanne, and now new red carpet photos on Page Six show the results: a reported 200 pounds down.

The 69-year-old actor posed with co-star Pete Davidson in New York City for the premiere of their new Tubi effort The Freak Brothers at the retailer Fred Segal on Monday, wearing jeans with a sports coat over an orange V-neck sweater.

Goodman revealed to ABC back in 2017 that he’d been embracing a healthier lifestyle for a decade. “In the old days, I would take three months out, lose 60 or 70 pounds, and then reward myself with a six-pack or whatever and just go back to my old habits,” he explained.

“This time, I wanted to do it slowly,” Goodman told GMA. “Move, exercise. I’m getting to the age where I can’t afford to sit still anymore.”

The actor gave up booze completely, as he recently reminded ABC Audio, and in addition to being much more active, he adheres to a Mediterranean diet, which focuses on healthy fats and low carbohydrates. He also recruited the assistance of “sports performance manager” Mackie Shilstone, who has helped elite athletes like Serena Williams.

Ironically, Goodman’s character on the animated Tubi show he was promoting is named Fat Freddy Freekowski.