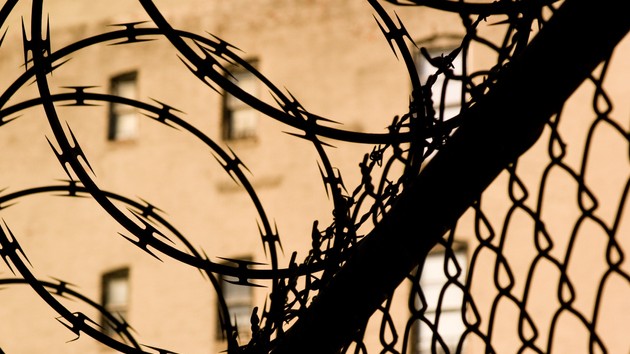 (GUANTANAMO) — Through its nearly two-decade existence, the Guantanamo Bay detention center has sparked intense, partisan debate. At a Senate hearing on closing the camp, the first of its kind in roughly six years, lawmakers could find little common ground apart from dissatisfaction with the Biden administration.

In his opening remarks, Sen. Dick Durbin, D-Ill., the chairman of the chamber’s Judiciary committee, expressed his frustration with the president’s lack of response to Democrats’ calls to shut down the military prison.

“I am disappointed. Disappointed that the president and attorney general have yet to respond to my letters,” he said. “And I’m disappointed the administration declined to send a witness to testify at today’s hearing on how they’re working to close Guantanamo.”

Although the White House says shuttering the facility, located within the Guantanamo Bay Naval Base in Cuba, is a goal, so far it has taken few steps toward accomplishing it and has declined to set a timeline.

Iowa Sen. Chuck Grassley, the committee’s top ranking Republican, also lamented that the White House had not supplied any witnesses to testify on reports from the intelligence community or the administration’s progress toward shuttering the prison.

“No one from the administration has come to defend the president’s plan to close Guantanamo,” he said. “And I’m not sure there is a plan.”

Grassley accused the Biden administration of taking a “no plan approach” during this summer’s chaotic withdrawal from Afghanistan.

“I fear that his plan to withdraw from Guantanamo Detention Facility may be no different,” he said.

Although Guantanamo has earned a dubious reputation as an indefinite holding space for war on terror suspects and a battleground over the admissibility of testimony obtained through enhanced interrogation techniques many equate to torture, Republicans argued Afghanistan’s return to Taliban control has intensified the need for the detention camp.

Sen. Lindsay Graham, R-S.C., said “229 of the 729 released from Gitmo have gone back to the fight. This is nuts,” citing the number of former Guantanamo detainees the Office of the Director of National Intelligence has either confirmed or suspected of re-engaging in terrorist activities.

Durbin objected to that statistic, noting recidivism rates are much lower among former detainees released after 2009, when current rules for transfer were put in place by Congress. The chairman also noted that of the 39 men still imprisoned in Guantanamo, more than two-thirds have never been formally charged with a crime.

“How can that possibly be justice?” he asked.

Even in cases where charges have been levied, such as that of the alleged mastermind behind the Sept. 11 attacks, Khalid Sheikh Mohammed, the process of the military tribunal has been a source of anguish for many. Mohammed was arraigned nearly a decade ago, and while pretrial hearings drag on, the trial itself doesn’t yet have a set start date.

Colleen Kelly, a witness at the hearing who lost her brother Bill when the North Tower of the World Trade Center was struck by a hijacked jet, testified that she and many other family members of those lost on that day now want to see a plea agreement reached in the hopes it provides some level of closure, even if it means taking the death penalty off the table for the defendants.

“Family members want a measure of accountability and justice before our deaths,” she said.

Chief Defense Counsel for Military Commissions Brig. Gen. John Baker, another witness, argued that the ongoing cases must be brought to “as rapid as a conclusion as possible.”

“Notice I don’t say as just a conclusion as possible. It is too late in the process for the current military commissions to do justice for anyone,” he said, calling the proceedings a “failed experiment” and noting they had only resulted in one final conviction.

As for the other detainees, beyond partisanship, a dearth of practical options for their relocation is a major hurdle, even for those who already met the criteria for transfer.

In the past, administrations have engaged in sometimes years-long negotiations with countries receiving prisoners to secure some level of security assurance. Congress’ requirements for transfer and destabilization in the Middle East have left few viable options.

“We can’t get countries to take them and give assurances they’ll keep an eye on them,” Jamil Jaffer, the founder and executive director of the National Security Institute, testified.

But the man who opened the camp– Maj. Gen. Michael Lehnert — maintains it is past time for the camp to close.

“The issue isn’t whether to close Guantanamo, but how,” he said, adding that the White House should appoint a person to tackle the task and set a deadline. “I was given 96 hours to open it — 96 days to close it seems reasonable.”

Jeannie Mai reveals gender of baby with Jeezy,” We were shocked”
‘Don’t Weigh Me’ cards designed to empower people to skip the scale at the doctor’s office
In Brief: John Krasinski reunites with ‘Office’ boss Steve Carell; Jorja Fox exits ‘C.S.I.’ reboot, and more
Rob Gronkowski reflects on an “incredible” season with the Tampa Bay Buccaneers
Biden warns he would sanction Putin personally if Russia invades Ukraine
Hospitals in Seattle are at their breaking point amid COVID crush of patients