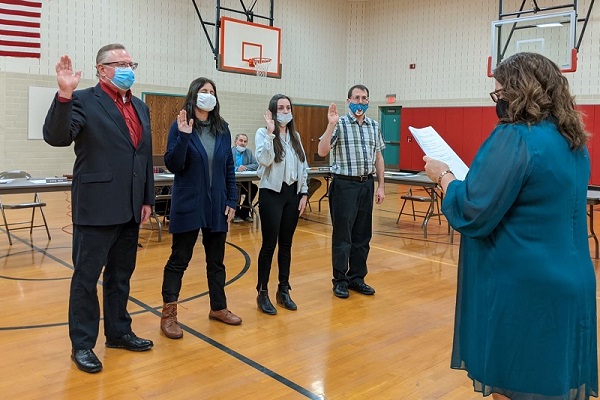 Brockway, PA – The Brockway Area School Board swore in Adam Campbell, Katie Morris, and Lori Sabatose who won election after three members did not seek reelection.

The meeting agenda was light, mostly involving closing out the year and positioning the school board for 2022 when it has its first meeting of the new year on January 11. Much of the meeting involved appointing delegates and voting members to the various organizations the school board deals with, including Intermediate Unit 6, Jeff Tech, and the Pennsylvania School Boards Association. The board also approved trips for band and chorus competitions as well as some staff training.

The board honored solicitor R. Edward Ferraro for 60 years of service. Ferraro was hired as the solicitor on December 4, 1961, by the then-joint school board of multiple school districts which eventually consolidated into the Brockway Area School District.

Former board member Robert Cherubini presented Ferraro with the text of the original Brockway Record story about Ferraro’s hiring. The board also found the minutes of that meeting, showing that Ferraro’s father made the motion to hire him.

The board accepted the retirement of Joni Martino, who worked in the cafeteria. Martino’s last day will be December 31. Delaney McMeekin will teach in the district’s special education after school program.

Vizza thanked district employees Leslie Martini, Kristen Sholes, Heather Anderson, and Barb Anderson for helping provide over 60 district families with Thanksgiving meals. Vizza also congratulated the cast and crew of Aladdin Junior for their performance. The high school is performing a holiday concert in the auditorium Wednesday at 7 p.m. and the elementary will have a virtual concert on Friday.

Vizza reminded the community that the break for the holidays begins Wednesday, December 22.

Story, audio, and photo are courtesy of Andrew Bundy. 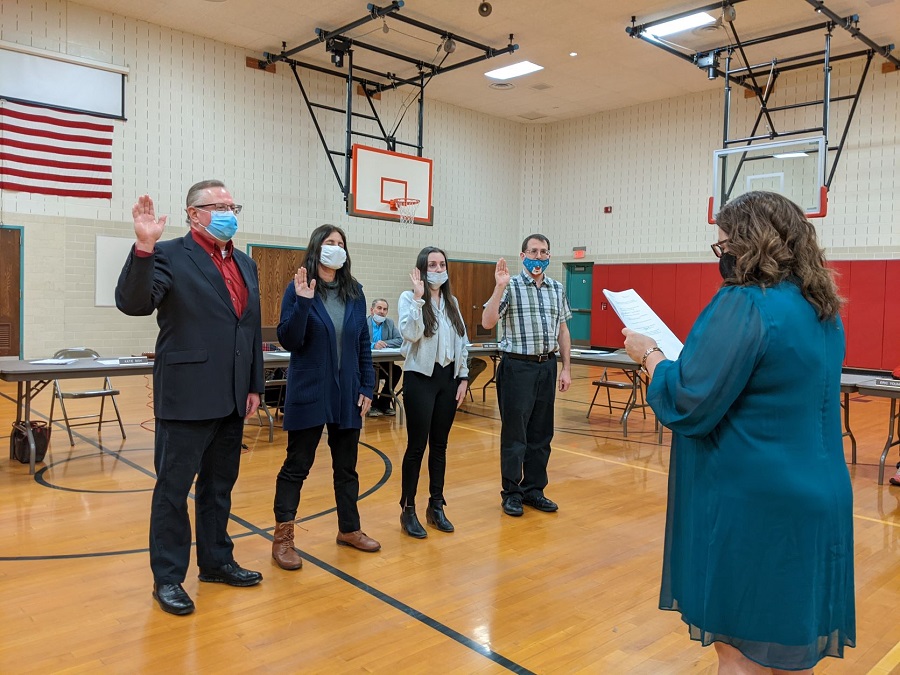