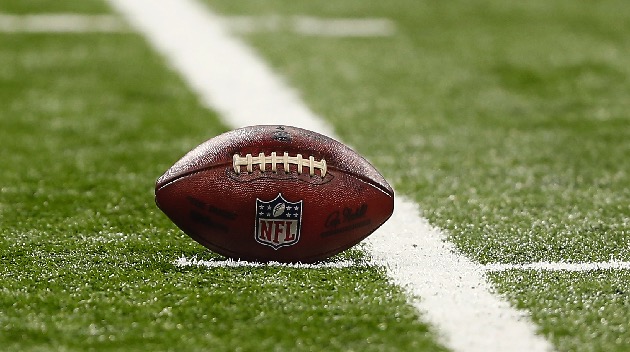 (NEW YORK) — The American Academy of Clinical Neuropsychologists (AACN), the professional organization that sets standards and practices for the field of neuropsychology, has called for “the elimination of race as a variable in demographically-based normative test interpretation,” the controversial practice widely known as race-norming.

The move comes amid a firestorm of criticism following an ABC News investigation of alleged racial bias in the National Football League’s landmark concussion settlement program. ABC News uncovered emails and data suggesting race-based adjustments to former players’ cognitive test scores made it more difficult for Black former players to qualify for compensation from the league for head injuries sustained on the field of play.

In a position statement provided to ABC News, the AACN acknowledged fundamental flaws with race-norming and signaled its support for the development of new testing protocols in neuropsychology that do not rely on race as a proxy for environmental influences that lead to inequity.

Last March, the federal judge overseeing the NFL concussion settlement ordered the league and attorneys for former players into mediation to “address the concerns” about the use of race-norming. After several months of confidential negotiations, the NFL in October agreed to abandon the practice and reevaluate past claims for compensation that may have been impacted by race-based adjustments.

Sources familiar with the matter told ABC News that the deal could result in hundreds of millions of dollars of additional compensation for former players and their families.

In the coming weeks and months, parallel efforts to engage neuropsychological experts in the development of new testing practices that seek to eliminate racial bias will be underway.

The AACN has pledged to “advance and support the necessary work to make this complex transition possible,” which could include raising public and private funds and partnering with test development companies and other scientific organizations. The group cautioned, however, that progress will be slow and require patience from the public, as “simple solutions will not suffice to solve problems that were centuries in the making.”

The NFL, meanwhile, has committed to funding the continued work of a panel of experts developing what it calls “a set of diagnostically accurate, race neutral, long-term norms” that will ultimately replace the current method of measuring cognitive impairment in former NFL players seeking compensation.

They hope to deliver a solution within a year of the implementation of the new settlement agreement, which is still awaiting final approval by a federal judge.

There is at least one point of overlap between those two efforts: Dr. Anthony Stringer, the director of neuropsychology and behavioral health at Emory University School of Medicine, is serving as the chairman of the AACN subcommittee on the use of race in neuropsychological test norming and performance prediction — and is also serving, according to multiple sources familiar with the matter, on the NFL-funded panel of experts developing the replacement norms for the future evaluation of former players.

Stringer did not respond to multiple requests for comment from ABC News.

The neuropsychology community is just the latest branch of medicine to reckon with its use of race in diagnostic testing and clinical care. In response to public pressure and congressional oversight, a number of leading medical societies and institutions have also pledged to review or amend their policies to reflect an evolving consensus that race-norming can be harmful to Black patients.

Cy Smith, an attorney who represents Kevin Henry and Najeh Davenport, the former NFL players who filed the original lawsuit alleging that the league’s protocols skewed concussion payouts along racial lines, hailed the development as “long overdue,” but noted that actual change has yet to be made.

“We are pleased to see that our lawsuit and the vital oversight of the Court in the NFL Concussion Settlement has pushed the psychology profession to revisit the use of ‘race norms,’ alongside other health care providers,” Smith told ABC News. “But the next step is just as important — any replacement norms must be fair, and not be used to limit the claims of Black football players, or other people of color.”

Dorothy Roberts, the founding director of the University of Pennsylvania Program on Race, Science and Society, said that while criticism of race-norming is hardly a new development, the current level of public attention is unprecedented.

“The idea of adjusting medical tests for race is deeply rooted in the history of racism in America and has been contested for a long time,” Roberts told ABC News. “But the recent controversy surrounding the NFL, coupled with new research being done, is galvanizing a groundswell of opposition that I hope will lead to abolishing race correction throughout medicine.”