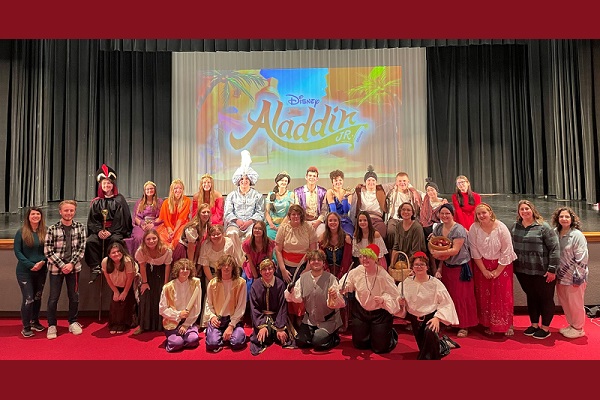 Aladdin Junior tells the familiar story of a thief who finds a genie in a lamp and makes a wish to become a prince. Aladdin then tries to win the hand of Princess Jasmin, but he has to deal with the rules of her father and the evil machinations of royal adviser Jafar.

Senior Joe Hertel is not used to being the lead in a Brockway play, so the casting came as a shock. He is also excited about the work the cast and crew are doing.

Fellow Senior Aidyn Edwards is excited for the community to see the show, including her costume, which was not what she expected.

Edwards, Hertel, and other cast members praised Mr. Carter’s work, and thanked other directors, like Melissa Newcome and Kevin Rush for their help. Junior Shaelynn Brubaker said that the show is an exciting one, with all the fun, adventure, and songs people expect from Aladdin. Sophomore Zona Calhoun, who plays Iago, said that children in the audience will have a fun-filled, magical time like they did when Brockway produced Frozen Junior.

One highlight is the Magic Carpet, which is brought to life by two students hiding under a big box on wheels, driving it blindly while Aladdin and Jasmine explore a whole new world.

Brockway is showing Aladdin Junior starting December 2, but additional shows will be December 3 and 4 at 7 p.m. and a matinee at 2 p.m. on December 5. Tickets are $8 for adults and $6 for students. Tickets are available at the door or at brockwaydrama.ticketleap.com. 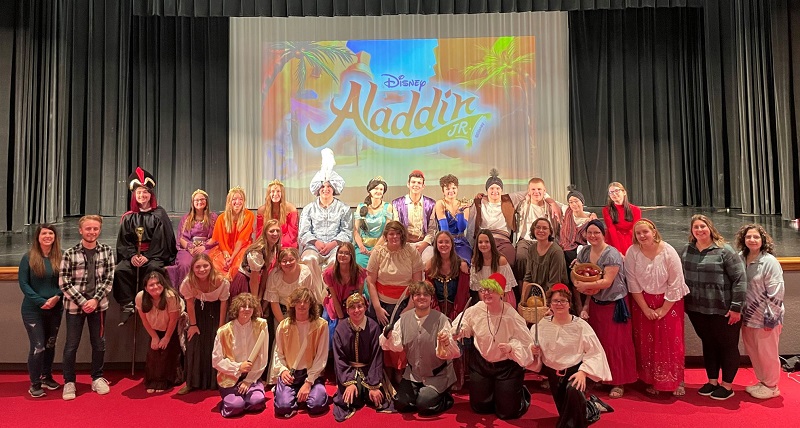