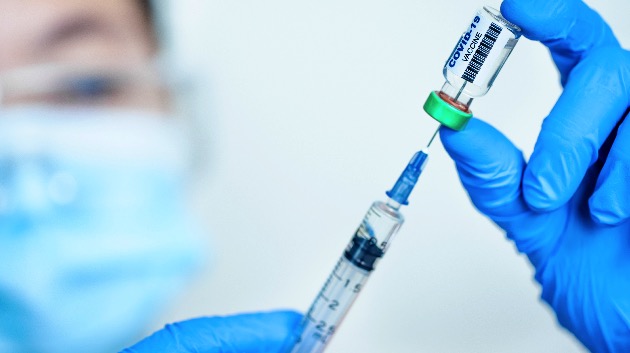 (NEW YORK) — As the COVID-19 pandemic has swept the globe, more than 5.1 million people have died from the disease worldwide, including over 773,000 Americans, according to real-time data compiled by Johns Hopkins University’s Center for Systems Science and Engineering.

Just 59.2% of the population in the United States is fully vaccinated against COVID-19, according to data from the Centers for Disease Control and Prevention.

Here’s how the new is developing. All times Eastern:

An additional 700,000 people in Europe could die from COVID-19 between now and March, the World Health Organization said Tuesday.

COVID-19 is now Europe’s leading cause of death, the WHO said.

Deadly deaths in Europe neared 4,200 last week, which is twice as many as the daily deaths at the end of September, according to the WHO.

Hospitals with limited capacity in Massachusetts are being asked to, once again, begin reducing elective surgeries.

The Massachusetts Department of Public Health released the updated guidance to hospitals on Tuesday. The guidance explains that, “on a statewide basis, hospitals are currently operating at over 90% inpatient capacity,” which it says “is compounded by 500 fewer acute care inpatient beds available as a result of unprecedented staffing shortages.”

“The current strain on hospital capacity is due to longer than average hospital stays and significant workforce shortages, separate and apart from the challenges brought on by COVID,” Massachusetts Secretary of Health and Human Services Marylou Sudders said in a statement Tuesday. “COVID hospitalizations in Massachusetts remain lower than almost every other state in the nation, but the challenges the healthcare system face remain, and this order will ensure hospitals can serve all residents, including those who require treatment for COVID-19.”

Although COVID-19 hospitalizations in Massachusetts are still significantly lower than last January, when more than 2,000 patients were receiving care, approximately 740 patients are currently hospitalized across the state.

Given the current “high census level” and expected increase in hospitalization rates, as seen last year during the period following Thanksgiving and through January, the Massachusetts Department of Public Health said a “concerted effort to preserve inpatient capacity” was necessary.

The current strain on the Bay State’s health care system has been further exacerbated by staffing shortages.

“We are now seeing significant strain on hospital capacity due largely to workforce shortages and an influx of non-COVID-19 patients who deferred care and now need complex medical care,” Steve Walsh, president and CEO of the Massachusetts Health and Hospital Association, said in a statement Tuesday.

The reduction of non-essential, non-urgent scheduled procedures will not apply to ambulatory services, pediatric care or immunizations, pregnancy terminations and essential, urgent inpatient procedures that have a high risk or would lead to a significant worsening of the patient’s condition, if deferred.

New cases in the U.S. have jumped by more than 42% over the last four weeks, according to federal data.

Michigan is currently experiencing its highest case average of the entire pandemic, according to federal data.

New York is now averaging its highest number of new cases since February.

More than 101 million Americans remain completely unvaccinated; 81 million of those people are over the age of 5 and thus eligible to be vaccinated, according to federal data.

“Emergency rooms are routinely diverting patients because they simply don’t have the capacity to take care of people who need help,” Wittenstein said.

Denver is implementing an indoor mask mandate unless businesses choose to require proof of vaccination.