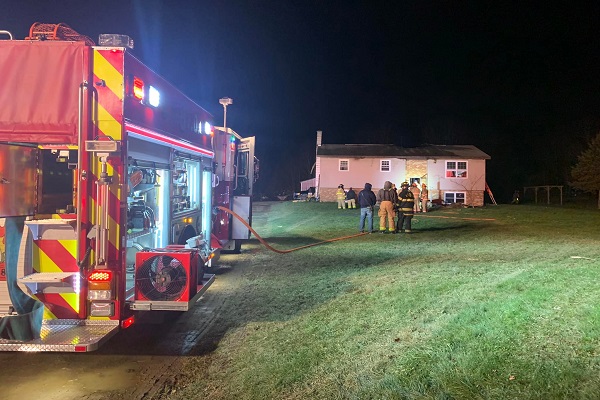 Fire crews were called to a home along Yohe Road in Winslow Township around 7:30 Saturday night.

Firefighters say the flames were already shooting through the roof by the time they arrived.

Although crews were able to quickly knock down the fire, most of which was concentrated in the kitchen and attic area, there was extensive damage.

Although no people appeared to be injured, reports from firefighters say that they extricated four dogs from the home.

Two of those dogs died, but the other two were saved.

The cause of the fire is still under investigation.

Photo is courtesy of our friends at the Sykesville Fire Department.

A GoFundMe page has been organized for the family’s vet bills.