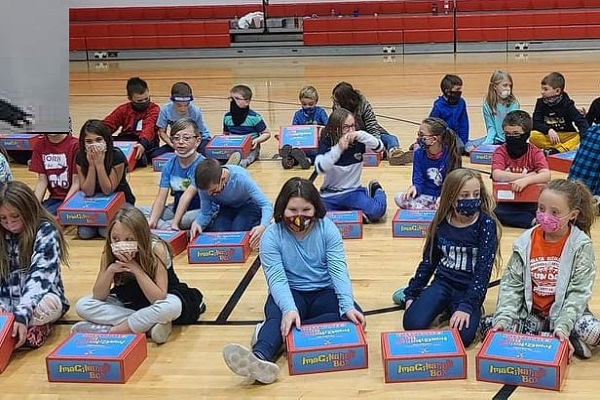 Every single child in the Juniata Elementary building received an Imagination Box… nearly 300 in total!

Matt Reed, founder of the First Class Children’s Foundation, says this event pushed the total number of boxes donated over the years to more than 1,000!

The kids each filled out a paper and gave an idea of what kinds of books they liked most, then they were given those specific books and each box was personalized for each child.

Kids are much more likely to read a book when they’re interested in it and when it was hand selected just for them!

The books were donated by Scholastic. The rest of the supplies were from First Class Children’s Foundation.

The thousands of dollars were raised through several car shows and car cruise-ins throughout the year, along with school supply donation drives.

More Imagination Boxes are being planned for other students, plus plans for additional book vending machines and Legendary Boxes for kids with single parents! You can find more info at FirstClassChildrensFoundation.com.

Listen to the full interview with Matt Reed, founder of the First Class Children’s Foundation, talk about the Imagination Box giveaway at Juniata Elementary. 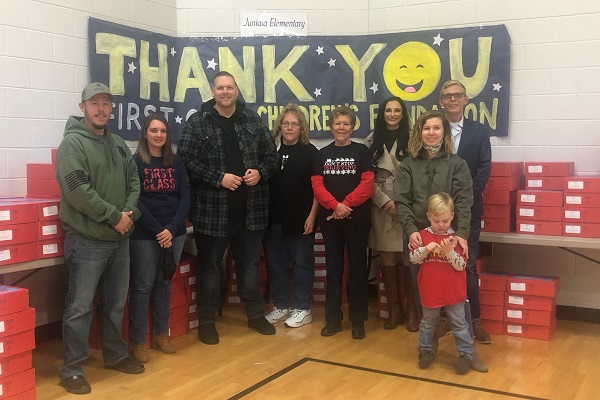 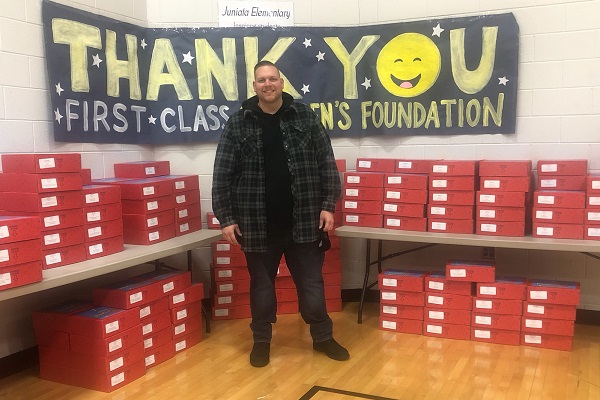