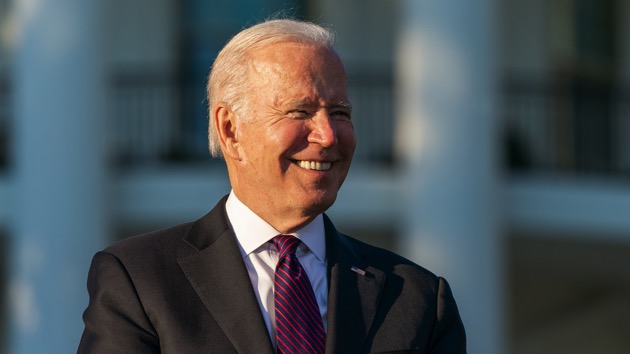 (WASHINGTON) — It was a question that plagued Joe Biden’s presidential campaign: Could a 77-year-old man — who at age 78 would be the oldest person ever to assume the presidency — handle the rigors of the job?

Candidate Biden acknowledged it was legitimate for Americans to question his fitness for office.

“The only thing I can say is watch. Watch! Check my energy level, determine whether I know what I’m talking about,” he told voters during the 2020 campaign.

Now, on Friday, nearly a year into his term, Biden is getting his first physical as president at Walter Reed National Military Medical Center in Bethesda, Maryland.

It comes the day before he turns 79.

“Later this morning, the President will travel to Walter Reed Medical Center for his routine annual physical. We will provide more details after he arrives at Walter Reed,” White House press secretary Jen Psaki said in an early morning statement.

To date, the most recent physical and medical report was one his campaign released in December 2019: a three-page summary that declared Biden “a healthy, vigorous, 77-year-old male, who is fit to successfully execute the duties of the presidency.”

At the time, Biden was said to be under treatment for four different conditions: non-valvular atrial fibrillation — a type of irregular heart rhythm, hyperlipidemia — higher concentrations of fats or lipids in the blood, gastroesophageal reflux and seasonal allergies.

The most notable health incidents in Biden’s past were the two cranial aneurysms he suffered in 1988.

Since winning the presidency, Biden suffered a fractured foot after falling while chasing his dog Major at his Wilmington, Delaware, home last Thanksgiving. He had to wear a walking boot for the injury, and was said to be “healing as expected,” according to scans from a follow-up appointment in December.

O’Connor has served as Biden’s primary care physician since 2009, when he was appointed physician to the then-vice president. Biden chose him for the new role due to their long history and personal relationship, according to a White House official.

Questions about fitness for office are far from exclusive to Biden — President Donald Trump, who was the oldest president elected before Biden, also faced questions about his mental and physical fitness.

He came under fire for his effusively rosy outlook on Trump’s health while briefing reporters afterward.

In other recent administrations, physicals have generally been conducted within a president’s first year in office.

President George W. Bush got a physical in August 2001, and was found to be “fit for duty” with “every reasonable expectation that he will remain fit for duty for the duration of his Presidency.”

President Barack Obama received his first physical in office just over a year into his presidency, in February 2010. He also was found to be in “excellent health,” although doctors told hi to stop smoking.