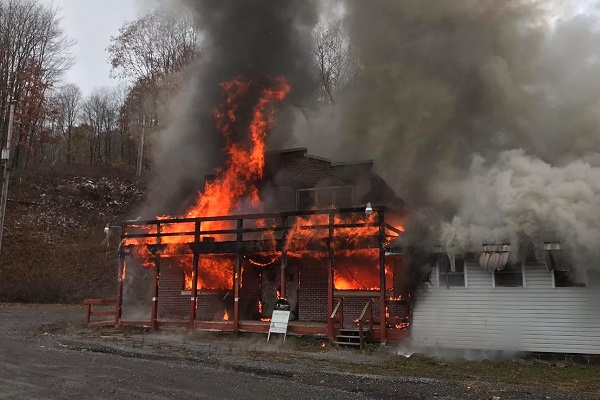 Grampian, PA – The fire marshal is still investigating what caused an aggressive, two-alarm fire that damaged an empty bar and restaurant in Clearfield County.

Fire crews were called to the former Wildwood Inn Bar and Grill on the Curwensville-Grampian Highway around 12:30 Monday afternoon. Firefighters started extinguishing the exterior flames and then worked their way into the bar and kitchen part of the building.

Fire crews say that by the time the majority of the fire was knocked down, the dining room roof began to collapse and crews had to evacuate. It took about an hour to bring the fire under control, and then firefighters stayed on scene to battle hotspots.

Fire crews in the Curwensville area want to thank all of the other companies that came to battle the flames and also those were were on standby.

They also say a special thanks to the Salvation Army, South Side Subs of Curwensville, and the the Grampian One Stop for providing food and refreshments for fire personnel on scene.

Penelec and PennDOT also helped with the fire and roadway.

The fire marshal is still actively investigating the cause of the fire.

Photos are courtesy of the Rescue Hose and Ladder Company of Curwensville. 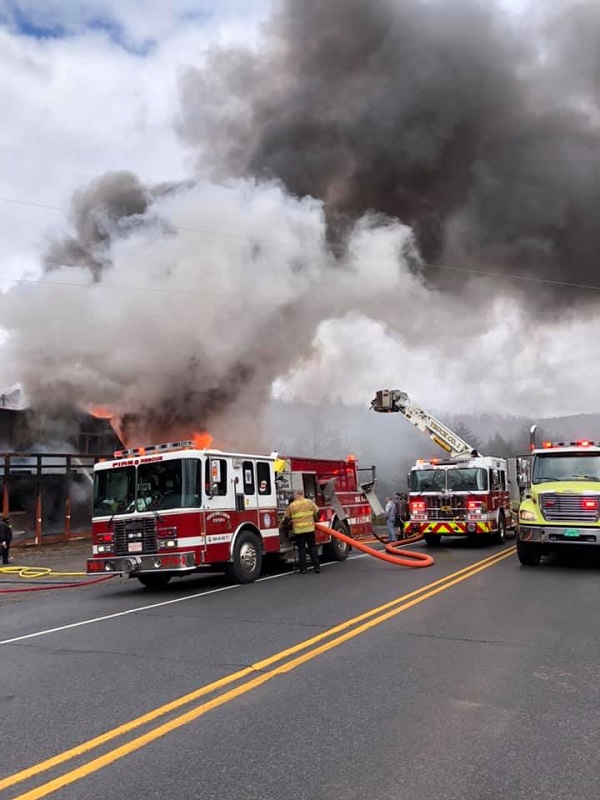