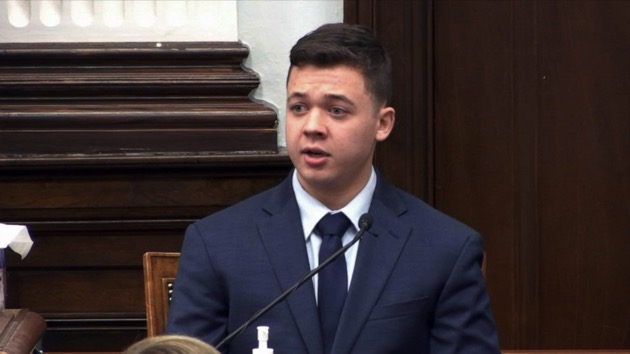 (KENOSHA, Wis.) — A Wisconsin jury could begin deliberating the fate of Kyle Rittenhouse on Monday after hearing what is expected to be starkly different theories of the same evidence in the homicide case with prosecutors set to portray the teen as a trouble-seeking active shooter to counter defense claims he shot three men, two fatally, in self-defense.

The closing arguments are scheduled to unfold in Kenosha County Circuit Court following a roughly 45-minute presentation from Judge Bruce Schroeder of instructions to the jury that will likely include allowing the panel to consider lesser charges against the 18-year-old.

Prior to giving the jury instructions, Schroeder granted a defense motion on Monday morning to dismiss a charge of possession of a dangerous weapon by a person under 18 after the prosecution agree that the rifle Rittenhouse used in the shooting did not meet the required standard of a short-barreled rifle under the law.

Rittenhouse was 17 and armed with a semiautomatic rifle at the time he shot and killed Joseph Rosenbaum, 36, and Anthony Huber, 26, and severely wounded Gaige Grosskreutz, 27, during an Aug. 25, 2020, protest in Kenosha.

Kyle Rittenhouse breaks down on witness stand while discussing his interaction with Joseph Rosenbaum, a man he is charged with fatally shooting during a chaotic 2020 protest in Kenosha, Wisconsin. https://t.co/g1JuT1l72o pic.twitter.com/40cGzH2G32

During the trial, which began on Nov. 2, Rittenhouse testified that he shot all three men in self-defense as they and others attacked him during the demonstration over the police shooting of Jacob Blake, a 29-year-old Black man who was left paralyzed.

Following the closing arguments, court officials will draw names to determine which of the 18 jurors who heard the evidence will be among the 12 that will deliberate on a verdict.

“I didn’t intend to kill them. I intended to stop the people who were attacking me,” Rittenhouse repeatedly said during his testimony last week as he erupted in sobs on the witness stand.

Rittenhouse, who said he was a former lifeguard and firefighter EMT cadet, said he went to Kenosha that night to provide first aid to people in need and help protect businesses after looting and vandalism broke out in the city, saying he brought his medical supplies along with his AR-15-style rifle and 30-round ammunition clip.

During the trial, prosecutors leaned heavily on video, showing multiple angles to all three shootings, including Huber hitting Rittenhouse twice with a skateboard, Rosenbaum threatening to kill Rittenhouse and chasing him before he was shot dead, and Grosskreutz being shot as he approached the teenage armed with a loaded handgun.

In advance of the verdict, Wisconsin Gov. Tony Evers has authorized about 500 National Guard troops to be on standby to support public safety efforts if needed in Kenosha.