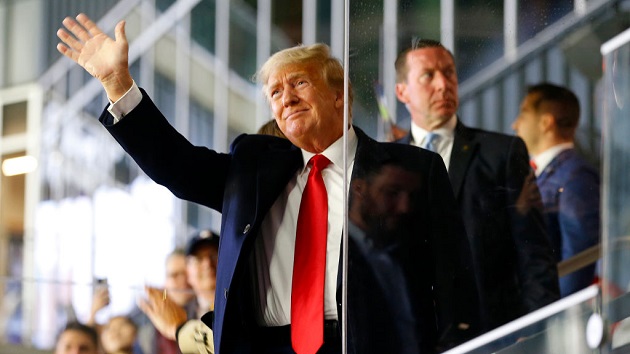 (NEW YORK) — Summer Zervos, a former contestant on “The Apprentice,” has agreed to end her defamation lawsuit against former President Donald Trump.

The The joint stipulation said the case is “dismissed and discontinued.”

Zervos’ attorneys and attorneys for Trump filed a stipulation of discontinuance that offered no explanation for the decision.

“Today the parties have ended Zervos v. Trump,” Zervos’ attorney, Beth Wilkinson, said in a statement. “After five years, Ms. Zervos no longer wishes to litigate against the defendant and has secured the right to speak freely about her experience. Ms. Zervos stands by the allegations in her complaint and has accepted no compensation.”

Zervos had claimed Trump groped her in 2007 at a hotel in Beverly Hills, California, and then defamed her when he denied it during the campaign.

In a statement Friday that called the allegations “made up … for publicity or money,” Trump said: “It is so sad when things like this can happen, but so incredibly important to fight for the truth and justice. Only victory can restore one’s reputation!”

“She had no choice but to do so as the facts unearthed in this matter made it abundantly clear that our client did nothing wrong,” Habba said in a statement to ABC News. “It is a privilege to defend President Trump, who has been relentlessly attacked and viciously hounded by bad faith actors.”

The former president had recently been ordered to sit for a deposition before Christmas.

In a statement last month abut the deposition, Zervos’ attorney, Moira Penza, said: “We just don’t believe our client can be further prejudiced in delaying this litigation any longer. We do not believe there are any outstanding issues that would prohibit the parties from engaging in depositions.”