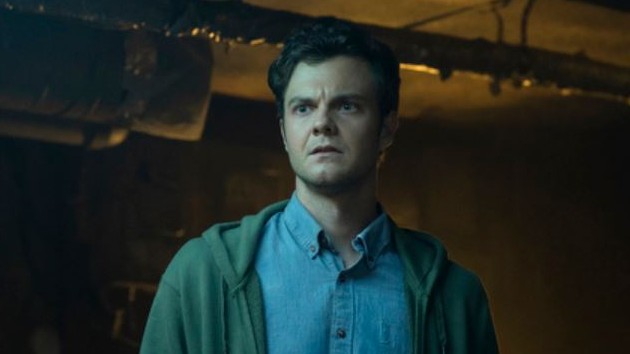 Season three of the Emmy-nominated superhero skewing series The Boys has wrapped, and all involved have a reason to smile — in fact, co-star Jack Quaid was way ahead of them.

The producers of the Amazon series just posted a gag reel from the second season of the show, and it consists of one single scene that a giggly Quaid messed up over and over again.

All he had to do was pretend to be unconscious in a hospital bed, after his character Hughie had suffered a serious injury. But his co-stars Karl Urban and Erin Moriarity ad-libbing about Hughie had Quaid figuratively in stitches, while Hughie was literally in stitches.

It didn’t help that Urban’s Billy Butcher was trying to tell Moriarity’s Annie/Starlight about Hughie’s child-like grooming habits, including his need to apply the diaper cream Desitin to his behind.

Butcher’s trademark use of nearly non-stop profanity didn’t make it any easier for Quaid to keep a straight face, and even after they gave up trying to have Quaid in focus, Urban’s ad-libbing the sensitive details proved too much for his co-stars.

A release date for season 3 of The Boys has not yet been revealed.