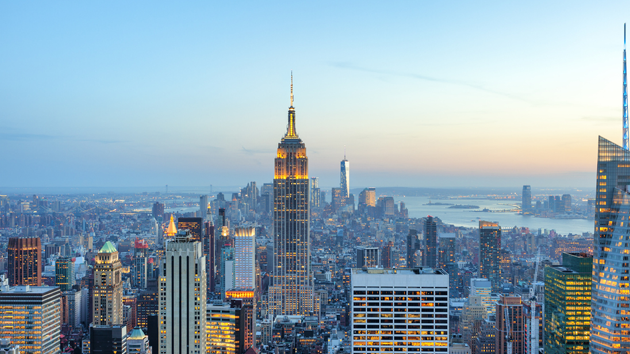 Nearly all city workers, including police officers, firefighters and emergency medical technicians, have until 5 p.m. Friday to get at least one dose of the vaccine or be placed on unpaid leave, starting Monday.

Mayor Bill de Blasio has said the city anticipates that many outstanding employees will get vaccinated close to the deadline, and city agencies have been making final pushes to drive up their numbers.

On Thursday, more than 1,000 NYPD members got their first shot, Commissioner Dermot Shea said. As of Friday morning, 80% of the department was vaccinated, Shea said on 1010 WINS radio. He said he believes that the department will be in “good shape for Monday morning,” but will move resources to ensure appropriate coverage.

“We will move resources around. We have had significant increase in people getting vaccinated in the past three days, and that’s the good news,” Shea told Channel 5. “The contingencies are there. New Yorkers should not, should not, be worried about this.”

Elsewhere, as of Friday morning, 71% of FDNY members were vaccinated, including 65% of firefighters and 80% of EMS workers.

The day before the deadline, the city’s firefighters’ unions organized an anti-vaccine mandate rally, filling the entire block in front of Gracie Mansion, home to de Blasio. Union leaders have argued that members have not had enough time to decide on the vaccine mandate. It was announced Oct. 20.

De Blasio stood by the deadline, saying at press briefing Thursday, “If we don’t stop COVID, New Yorkers will die. We must, must stop COVID and the way to do that is vaccination. And that must include our public employees.”

As of 8 p.m. Thursday, 79% of the city’s workforce affected by Friday’s deadline have gotten at least one shot, with 33,400 employees still unvaccinated, according to city-data. Nearly 90% of the city’s 300,000-plus workforce is vaccinated, including school and hospital employees who faced earlier deadlines.

Those who don’t comply with the mandate will be placed on unpaid leave and their future employment will be resolved in negotiations with individual labor unions.

Uniformed correction officers have until Dec. 1 to show proof of vaccination.