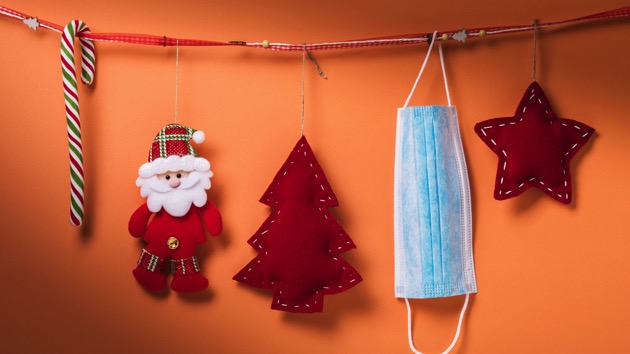 (NEW YORK) — The summer surge of COVID-19, fueled by the delta variant, raised alarm bells among scientists and citizens alike that unlike prior variants of the virus, this one was different.

Those fears solidified in July, when the Centers for Disease Control and Prevention reported an outbreak in Provincetown, Massachusetts, among mostly vaccinated people. This early data hinted, alarmingly, that the delta variant could be equally likely to spread among the vaccinated and the unvaccinated.

Prior to the emergence of the delta variant, the risk of spreading the virus while vaccinated appeared to be so low the CDC said it was safe for vaccinated people to ditch their masks. But CDC Director Rochelle Walensky described the Provincetown findings as “concerning,” and she promptly reversed the agency’s mask guidelines for vaccinated people, prompting renewed fear and uncertainty about the efficacy of vaccines against variants.

“I think the people who are really concerned are parents with children under 12 who are concerned that even if they’re vaccinated, they could have a breakthrough infection and transmit it to their unvaccinated children,” said Dr. Anna Durbin, an associate professor at the Johns Hopkins University School of Medicine. “I get that.”

But reassuringly, experts told ABC News, new studies show those fears may have been overblown.

“Data are coming out that it’s the opposite,” said Dr. Paul Goepfert, an infectious disease physician and director of the Alabama Vaccine Research Clinic.

The CDC’s Provincetown study relied on something called viral load — the amount of virus in a person’s body. Researchers found that viral load levels were the same in vaccinated and unvaccinated people, prompting speculation the virus transmits just as readily among a vaccinated person. But viral loads change over time.

“The problem with the Provincetown study is they just looked at one early point in time,” said Dr. Paul Offit, a Food and Drug Administration advisory panel member and director of the Vaccine Education Center at Children’s Hospital of Philadelphia.

Experts said there’s no doubt the delta variant is among the most hyper-transmissible versions of the virus to have emerged. That hyper-transmissibility makes it possible to spread between vaccinated people. But that risk is still low. Even if the delta variant is transmissible among vaccinated people, new data suggests “it’s for a shorter period of time” compared to the unvaccinated, said Durbin.

In late July, researchers following patients in Singapore who had breakthrough infections with the delta variant after vaccinations with mRNA vaccines — such as Pfizer and Moderna — showed this exact decrease in infectivity. The study compared viral load counts during the first few weeks of each breakthrough infection. The delta variant caused the same peak viral load in all infected individuals — a sign of active infection and risk of infectious spreading — but the vaccinated group cleared the infection faster.

Research by a separate group found similar results with the AstraZeneca vaccine, which is authorized in many countries outside the United States. In that study, researchers found that being vaccinated also appeared to shorten the time of breakthrough infection by the delta variant, according to an abstract presented at the Infectious Disease Society of America’s conference in early October.

Both studies have yet to be peer reviewed, but vaccine experts said they offer reassuring evidence that being vaccinated still dramatically reduces the risk of spreading the virus to a friend or loved one — even the highly-transmissible delta variant.

As families prepare for the 2021 holiday season, those who are vaccinated can rest assured that there’s increasing evidence that being vaccinated remains the best defense against the spread of infection, especially in the event of an unlikely breakthrough case.

As concerns over omicron variant grow, experts say don’t wait to get a booster
‘The Bachelorette’ recap: Hometowns week ends with a devastating elimination
COVID-19 live updates: Greece to mandate vaccines for people 60 and older
Ghislaine Maxwell accuser ‘Jane’ testifies on Day 2 of trial
How’d you like to stay in the Grinch’s cave for the holidays?
Michael J. Fox on retiring from acting, embracing optimism, and re-discovering what people love about ‘Back to the Future’