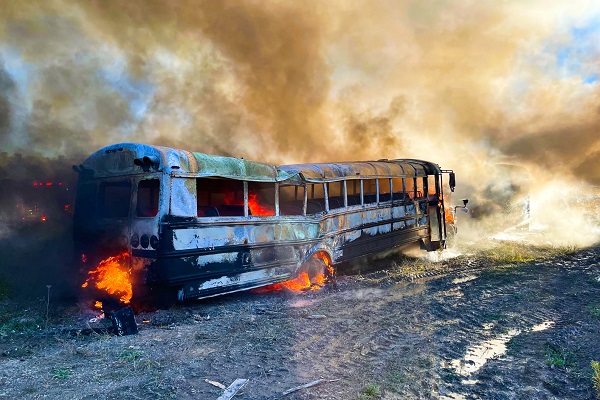 Lawrence Township Fire Department were called out to Novey Recycling for initial reports of an explosion with heavy smoke.

When they got to the scene, they found that five school buses were fully involved and other vehicles were exposed to the fire.

Firefighters from Clearfield, Hyde, and Curwensville were called to help.

The fire took about two hours to be fully extinguished.

Photo is courtesy of the Lawrence Township Fire Department Company #1.