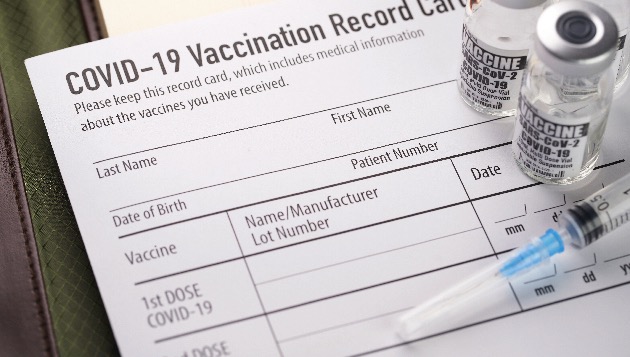 (NEW YORK) — As the COVID-19 pandemic has swept the globe, more than 4.9 million people have died from the disease worldwide, including over 740,000 Americans, according to real-time data compiled by Johns Hopkins University’s Center for Systems Science and Engineering.

Just 67.3% of Americans ages 12 and up are fully vaccinated against COVID-19, according to data from the U.S. Centers for Disease Control and Prevention.

Global cases, deaths on the rise for 1st time in 2 months

The global number of COVID-19 cases and deaths are now increasing for the first time in two months, largely driven by an ongoing rise in Europe that outweighs declines in other regions, W.H.O. Director-General Dr. Tedros Adhanom Ghebreyesus said Thursday.

The director-general attributed ongoing infections “in large part” to inequitable access to tests and vaccines.

Hospital admissions have fallen by about 55% since late August, according to federal data.

Oct 28, 9:38 am
Colorado ICU beds at lowest point of pandemic

Colorado’s number of ICU beds is at the lowest point of the pandemic following a dramatic spike in hospitalizations and the winding down of extra beds added in the last surge.

Colorado currently has 1,191 COVID-19 patients, according to state data, and 29% of hospitals anticipate an ICU bed shortage in the next week.

State health officials told ABC News that hospitals in El Paso County have turned away transfer requests over the lack of beds.

“We are continuing to move very much in the wrong direction,” Scott Bookman, the state’s COVID-19 chief, said at a briefing.

“We will use all means at our disposal, including mandatory overtime, mutual aid from other EMS providers, and significant changes to the schedules of our members,” he said in a statement.

The mandate for all New York City public employees will go into effect at the end of day Friday. The FDNY said that 65% of its members were vaccinated as of Wednesday.

An FDNY official told ABC News that by Monday fire and ambulance services could be reduced by as much as 20%.

FDNY leadership has held virtual meetings with uniformed staff explaining the vaccine mandate and imploring them to comply, and will continue doing so throughout the week, the official said.

The CDC’s independent advisors plan to discuss and hold a non-binding vote on the recommendations for the pediatric vaccine on Nov. 2.

CDC Director Rochelle Walensky will likely endorse those recommendations for 5 to 11-year-olds following the vote that day.

Vaccinations can start as soon as Walensky sends out final recommendations.

Meanwhile, the FDA’s decision to authorize the pediatric vaccine is expected in the coming days.

Oct 27, 10:22 am
Nearly two-thirds of Americans have had at least 1 vaccine dose

Nearly two-thirds of all Americans — 220 million people — have had at least one vaccine dose, according to federal data.

But 111 million Americans remain completely unvaccinated, including about 48 million children under the age of 12, who are not yet eligible to get the shot.

National metrics continue to fall, according to federal data. About 51,000 Americans are currently hospitalized with COVID-19, down from 104,000 patients at the end of August

Deaths are are trending down, though numbers remain quite high at over 1,100 fatalities each day.