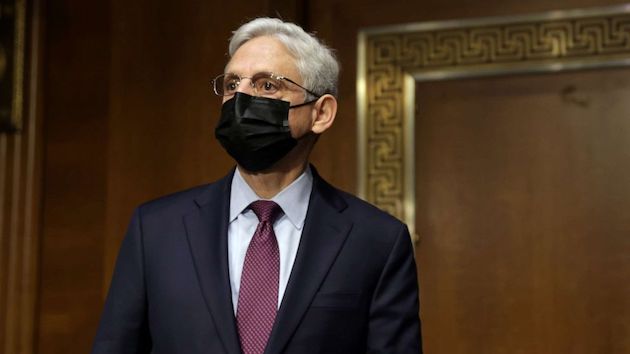 (WASHINGTON) — A Senate hearing grew heated on Wednesday as Republicans repeatedly demanded Attorney General Merrick Garland retract and apologize for a memo he issued earlier this month aimed at addressing a rise in threats against school board officials around the country.

In an oversight hearing before the Senate Judiciary Committee, Garland defended the intent of the memo that had called for the FBI and U.S. Attorney’s Offices around the country to convene meetings with local officials to discuss strategies aimed at addressing the increase in threats.

Republicans, though, sought to characterize Garland’s directive as an order for FBI agents to investigate and pursue parents voicing concerns at school board meetings — which in recent months have been venues of intense debate over issues like policies to mitigate the spread of COVID-19 and the teaching of race issues in American history.

Garland’s initial memo followed a letter sent by the National School Board Association to the White House that had requested federal assistance in addressing threats they argued should, in some cases, be classified as acts of “domestic terrorism.”

Following widespread backlash from Republicans and several state attorneys general, the NSBA issued an apology Monday for some of the language it included in the letter.

Asked over and over by Republicans whether he regretted issuing the memo following the NSBA’s apology, Garland said he did not.

“I have the letter from NSBA that you’re referring to and it apologizes for language in the letter, but it continues its concern about the safety of school officials and school staff,” Garland said in an exchange with Sen. Chuck Grassley, R-Iowa. “The language in the letter that they disavow is language that was never included in my memo and never would have been. I did not adopt every concern that they had in their letter. I adopted only the concern about violence and threats of violence and that hasn’t changed.”

But the explanation did not stop Republicans in the more than 4-hour hearing from falsely accusing Garland of “siccing” the FBI and DOJ’s national security division on parents, as Sen. Tom Cotton, R-Ark., accused Garland of doing in one exchange.

“This is shameful, this here, this testimony, your directive, your performance is shameful,” Cotton said. “Thank God you’re not on the Supreme Court. You should resign in disgrace, judge.”

“I wish if senators were concerned about this that they would quote my words,” Garland responded. “This memorandum is not about parents being able to object in their school boards. They are protected by the First Amendment as long as there are no threats of violence, they are completely protected.”

Garland also denied suggestions from lawmakers like Republican Sen. Ben Sasse, R-Neb., that the White House effectively used him for political purposes by transmitting the NSBA’s letter to the Justice Department in order to have him take action to try and “intimidate parents.”

“Either you were just a vessel of political comms staffers at the White House or you yourself are in favor of politicizing the DOJ,” Sasse said.

“The purpose of this memorandum is to get our law enforcement to assess the extent of the problem and if there is no problem — if states and local law enforcement are capable of handling the problem, then there is no need for our involvement in it,” Garland said in response. “This memo does not say to begin prosecuting anybody. It says to make assessments. That’s what we do in the Justice Department, it has nothing to do with politics.”

Democrats in the hearing in several instances jumped to Garland’s defense, with Sen. Cory Booker, D-N.J., using time near the hearing’s close to read off a list of incidents in recent months involving harassment or threats against school board officials.

Senate Judiciary Chairman Dick Durbin, D-Illi., also admonished the GOP members of the committee for their characterization of the memo.

“I wish my colleagues would reflect for a single moment as to why that memo is important not just for school board members, but to send a message across America that there’s a line we’re going to draw when it comes to political expression,” Durbin said. “When you say words, when you wave your arms, that’s all protected. When you threaten someone with violence or engage in acts of violence that is never going to be protected and shouldn’t be.”