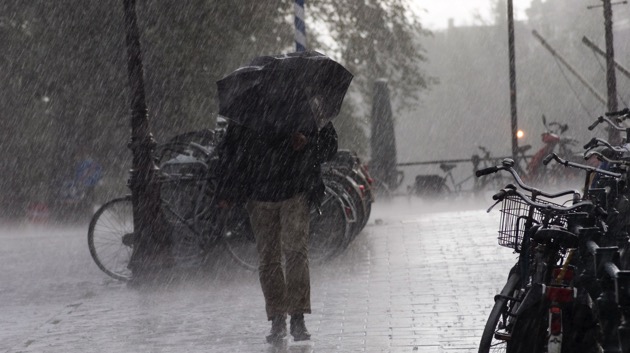 (NEW YORK) — A nor’easter is pummeling New Jersey and the New York City area, drenching roadways with up to 4 inches of rain.

The bulk of the heaviest rain and flooding will shift Tuesday morning to New York City, Long Island and Connecticut.

The governors of New York and New Jersey declared states of emergency.

Flood and wind alerts have been issued from North Carolina to Maine.

The nor’easter is expected to sit off the coast all day Tuesday and strengthen, blowing gusty winds to the coastline, including in major cities like New York City and Boston.

Damaging winds gusting to 40 to 60 mph are possible Tuesday night in the Northeast.