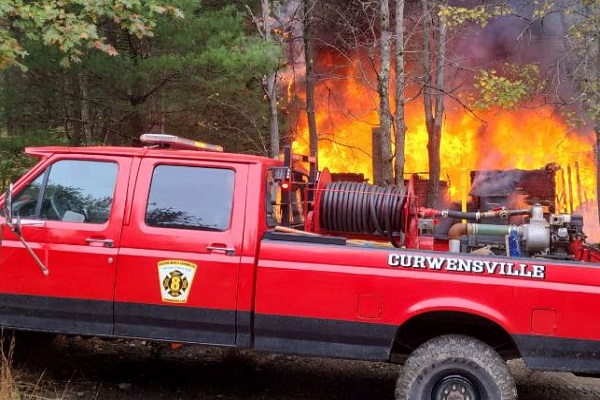 Clearfield County, PA – A cabin near Clearfield was destroyed in a fire over the weekend.

The fire was difficult to battle because the larger firetrucks were unable to access the scene.

The cabin was a total loss.

The cause of the fire is still being investigated.

Photo is courtesy of the Rescue Hose and Ladder Company.