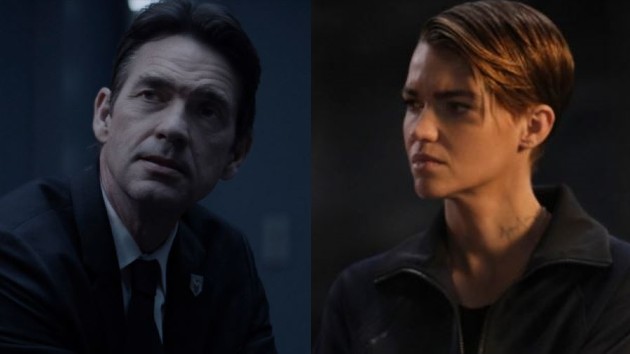 Warner Bros. Television has fired back again at former Batwoman star Ruby Rose, this time in defense of co-star Dougray Scott, who Rose accused of “abusing women” on set.

“We condemn the comments made by Ruby Rose about Dougray Scott,” the studio said in a statement quoted by Deadline. “Warner Bros. has found Mr. Scott to be a consummate professional, and never received any allegation against him of bullying, or of abusive behavior on his part.”

The studio added that Scott, who played Rose’s onscreen dad, “was greatly respected and admired by his colleagues,” and called him a “leader on the set.”

WBTV had fired back against what they described as Rose’s “revisionist history,” regarding claims that she was fired from the series for speaking up against unsafe working conditions.

“Warner Bros. Television did not pick up Ruby Rose’s option for an additional season because of multiple complaints about workplace behavior [against her] that were extensively reviewed by the Studio,” the studio said.

Over the weekend, Rose added to her accusations, with Deadline quoting her Instagram story as saying, “Dougray. I have too many witnesses coming forward with worse than just your anger Issues .. but [your suing] me for 10 million cos [Batwoman producer Greg Berlanti] shared his lawyer with you.. please.. come first so I can use the money from that case to take on [Berlanti].”