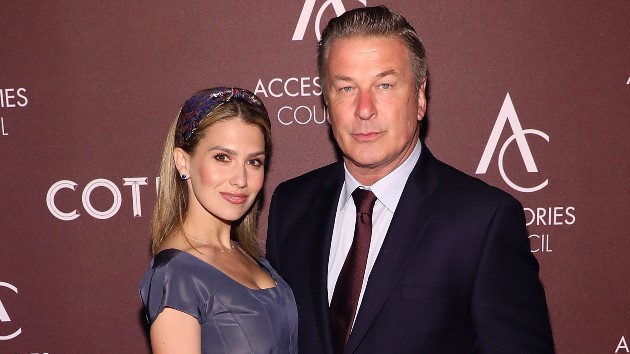 Hilaria Baldwin has broken her silence over the deadly accidental shooting that occurred last Thursday, when her husband, Alec Baldwin, fired a pistol allegedly containing a live round, fatally striking cinematographer Halyna Hutchins and injuring the film’s director.

“My heart is with Halyna,” Hilaria said on Instagram. “Her husband. Her son. Their family and loved ones. And my Alec.”

“It’s said ‘There are no words’ because it’s impossible to express the shock and heartache of such a tragic incident,” Hilaria continued, concluding with, “Heartbreak. Loss. Support.”

Police are still investigating the incident on set of the Western Rust. It’s suspected that a live bullet was loaded into a pistol Baldwin fired while rehearsing for a scene, striking 42-year-old camera operator Hutchins and grazing director Joel Souza.  Alec Baldwin was also a producer of the movie.

The pistol that was used in the fatal scene was reportedly left on a cart by the movie’s armorer, 24-year-old Hannah Gutierrez Reed, and picked up and declared “cold” — or safe — by the film’s assistant director, Dave Halls, who told investigators he handed it to Baldwin before the incident.  Halls told police he didn’t know the pistol was loaded.

Only a week earlier, Hilaria Baldwin posted a photo of a smiling Alec in costume on the New Mexico set of the film. “Told ya I was gonna marry a cowboy soon,” she captioned it, adding a cowboy emoji.

Stephen Sondheim, giant of musical theater, dead at 91
Rep. Lauren Boebert issues apology for anti-Muslim remarks about Rep. Ilhan Omar
What to know about new COVID-19 variant omicron
Dow sinks more than 900 points on concerns over South Africa COVID-19 variant
Homicide record broken in Louisville with 2 slayings, including a teenager killed on Thanksgiving Day
Why are coronavirus cases and hospitalizations on the rise in the US?