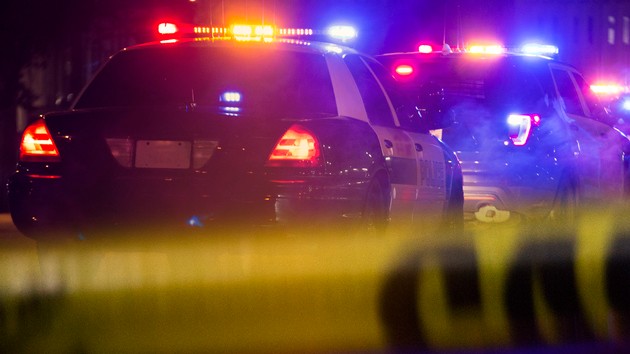 (GEORGIA) — One person is dead and seven others injured after a shooting at an off-campus party near a Georgia university.

Georgia Bureau of Investigation, which is investigating the shooting, shared a photo from the “active scene” on Twitter Saturday morning, showing a house located several blocks from the campus.

GBI also confirmed the deceased was not a Fort Valley State University student, though did not share further details.

The university’s campus was temporarily placed on lockdown “until campus police determined there was no threat to the campus community,” school officials said.

The lockdown has since been lifted.

The shooting occurred during the state university’s homecoming weekend.

School officials announced that its Saturday morning alumni breakfast and homecoming parade had been canceled. There will be “increased security protocols” at the homecoming game, scheduled for 2 p.m. Saturday, it said.

“Our thoughts are with the students and their families as they recover,” the university said.

BC3 in Brockway will resume classes Dec. 6 after ransomware attack
Dr. Oz running for U.S. Senate seat in Pennsylvania
Three killed, eight hurt in shooting at Michigan high school
How’d you like to stay in the Grinch’s cave for the holidays?
What’s next for Amazon union election in Alabama after do-over is ordered
Two teens charged in Iowa Spanish teacher’s death plead not guilty